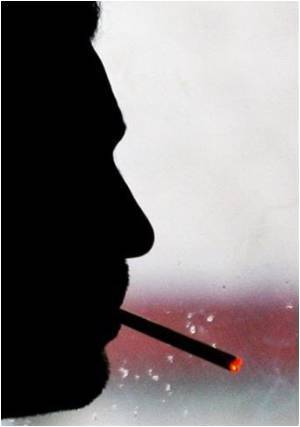 A new study has revealed that children whose parents smoke have higher blood pressure than those with non-smoking parents.

The study is the first to show that breathing tobacco smoke increases the blood pressure of children as young as 4 or 5 years old.

"Parental smoking is not only negative for children's lung function, but poses a risk for their future cardiovascular health," said Giacomo D. Simonetti, first author of the study at the University of Heidelberg in Germany.


Children with a smoking parent were 21 percent more likely to have systolic blood pressure (the top number in a reading, measured as the heart contracts) in the highest 15 percent, even after adjusting for other heart disease risk factors, such as birth weight, body mass index, and hypertension in the parents.

Smoking by mothers had a larger impact than fathers smoking, probably because more of their smoking was done in the home while fathers smoked more at their workplaces, said researchers.

The study findings suggest that encouraging strictly smoke-free environments, specifically at home, may help preserve cardiovascular health not only in adults but also in children, said researchers.

The study was published in the Circulation: Journal of the American Heart Association.