Smoking may Cause Kidney Problems 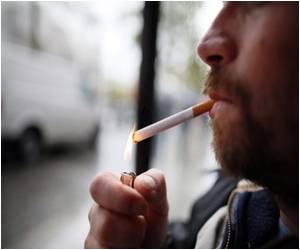 In adolescents, smoking has a negative effect on kidney function, says study.

"Tobacco use and exposure to secondhand tobacco smoke are major health problems for adolescents, resulting in short-term and long-term adverse health effects," said Ana Navas-Acien, MD, PhD, senior author of the study and an associate professor with the Bloomberg School's Department of Environmental Health Sciences.


"In this nationally representative sample of U.S. adolescents, exposure to tobacco, including secondhand smoke and active smoking, was associated with lower estimated glomerular filtration rates-a common measure of how well the kidneys are working. In addition, we found a modest but positive association between serum cotinine concentrations, a biomarker of tobacco exposure, among first-morning albumin to creatinine ratio. These findings further support the conclusion that tobacco smoke may damage the kidneys."
Advertisement
Using a cross-sectional study of 7,516 adolescents ages 12 to 17, the authors assessed participant tobacco use and exposure to secondhand smoke through self-reported data from a home questionnaire and serum cotinine. Participants who reported having smoked "at least one day" in the last month or "at least one cigarette" in the last month, or those who had serum cotinine concentrations over 10 ng/ml were classified as active smokers. Secondhand smoke exposure was defined as non-active smokers who reported living with at least one person who smoked, or who had cotinine levels greater than or equal to 0.05 ng/ml, but less than or equal to 10 ng/ml even if they reported not living with a smoker. Participants with serum cotinine levels below 0.05 ng/ml, not living with a smoker and not smoking in the last month, were classified as unexposed to tobacco.

The study has been published in the journal Pediatrics.

Exercise Helps Teen Smokers Cut Down or Quit Smoking Habit
Teenage smokers who increased the days on which they got at least 30 minutes of exercise were able ....