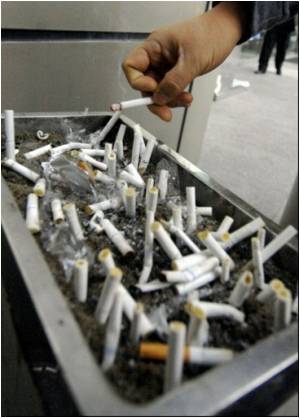 Vitamin E supplementation may decrease or increase, or may have no effect, on the risk of pneumonia depending on the level of smoking and leisure time exercise, according to a study.

In laboratory studies, vitamin E has influenced the immune system. In several animal studies vitamin E protected against viral and bacterial infections. However, the importance of vitamin E on human infections is not known.

Dr. Harri Hemila and Professor Jaakko Kaprio, of the University of Helsinki, Finland, studied the effect of vitamin E on the risk of pneumonia in the large randomized trial (Alpha-Tocopherol Beta-Carotene Cancer Prevention Study), which was conducted in Finland between 1985-1993. There were 898 cases of pneumonia among 29,133 participants of the study.

Pneumonia is a lung infection that can be caused by a bacteria or a virus. It causes inflammation of the alveoli or the air sacs of the lungs.
Advertisement
Over half of the participants were outside of these two subgroups and vitamin E did not affect their risk of pneumonia. Thus, the beneficial and harmful effects of vitamin E are restricted to fairly small parts of the population.

The researchers concluded the role of vitamin E in susceptibility to pneumonia in physically active nonsmokers warrants further study.

The study has been published in Clinical Epidemiology.

Tobacco use in women is on the rise. The health risks of tobacco are far too many has never done a woman any good psychologically or health-wise.
Advertisement
<< Orthopedic Outcomes Improved in High-Volume Hospitals
Link Between Alzheimer's and Languages >>