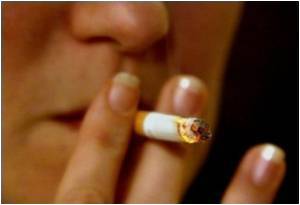 A study believed to be the first to examine the multiplier effect of good habits on mortality in Asian women has found that husbands who smoke at home are shortening their wives' lives.

The study also found that Chinese women with lots of healthy habits tend to live longer than their compatriot peers with less healthy lifestyles.

Simple and practically possible lifestyle changes can make a huge difference in improving our health status without actually putting much effort.
Advertisement

Researchers led by Sarah Nechuta of Vanderbilt University in the United States used data from the Shanghai Women's Health Study, which gathered information on more than 71,000 non-smoking, non-drinking Chinese women aged 40-70 years between 1996 and 2000, and created a healthy lifestyle score.


The score was based on five factors known to be associated with mortality -- weight, waist-to-hip ratio, whether the woman exercised regularly, exposure to second-hand smoke, and fruit and vegetable intake.

Every cigarette you smoke is causing irreversible damage to your body; slowly killing you from the inside. It also endangers those around you, your family and children.
Advertisement
The more healthy habits a woman had, the higher her score, while having no or few healthy habits gave her a low score.

The women in the study were followed up for around nine years, during which 2,860 of them died, 1,351 of cancer and 775 of cardiovascular disease.

The women who died were more likely than survivors to be underweight, overweight or obese, had higher waist-to-hip ratios, self-reported that they did not regularly exercise, and ate less fruit and vegetables than survivors, the study published by the Public Library of Science (PLoS) found.

"The good news is that many of these factors can be improved by an individual's motivation to change unhealthy behaviors," said Wei Zheng, a co-author of the study and director of the epidemiology center at Vanderbilt. For instance, it would be fairly easy for women in China or elsewhere in Asia to increase energy expenditure by going for a daily walk or joining an exercise group, and to eat more fruit and vegetables, the study said.

But the women who died were also more likely than survivors to have had a spouse who smoked, and that was a tougher nut to crack.

"Environmental tobacco smoke is a particularly important exposure for women living in China and other Asian countries, given the high smoking prevalence among Asian men," the study said.

"Change in exposure to spousal smoking may start with increased awareness by both women and their husbands about the detrimental health effects of smoking," it said.

But getting husbands to kick the habit for their wives will also require "community-based interventions and change in the social environment," including possible bans on smoking at home, the study said.

By focusing on Chinese women, not Westerners, the study breaks from the few studies that have investigated the combined impact of lifestyle factors on mortality.

"Most studies of combinations of established lifestyle factors and mortality have been conducted in the US and Western Europe," where women's lifestyles "differ considerably" from those of their Chinese counterparts, the study said.

Studies of the health habits of Western women and longevity have included women who smoked and drank alcohol, something many Asian women do not do, the researchers said.