Smoking Could be Curbed by Tobacco Tax Hike 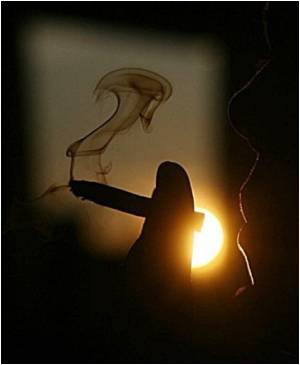 A new study has found that imposing higher taxes on tobacco items can reduce smoking among individuals with alcohol, drug or mental disorders.

The research from the David Geffen School of Medicine at UCLA found that a 10 percent increase in cigarette pricing resulted in an 18.2 percent decline in smoking among people in these groups.

The findings demonstrate that increasing cigarette taxes could be a way to curb smoking, which is still the leading preventable cause of death in the United States, according to the study's lead author, Dr. Michael Ong, an assistant professor of medicine in the division of general internal medicine and health services research at the Geffen School of Medicine.


Ong, who is also a researcher at UCLA's Jonsson Cancer Center, said: "Whatever we can do to reduce smoking is critical to the health of the U.S. Cigarette taxes are used as a key policy instrument to get people to quit smoking, so understanding whether people will really quit is important. Individuals with alcohol, drug or mental disorders comprise 40 percent of remaining smokers, and there is little literature on how to help these people quit smoking."
Advertisement
Prior research on the effect of cigarette pricing on smoking, which had been conducted using information from 1991, suggested that individuals with mental illness were less likely than other individuals to quit due to price increases. Unlike that research, however, the current study expanded the research to include people with alcohol and drug disorders.

The researchers based their work on data from 7,530 individuals from the 2000-01 Healthcare for Communities Household Survey. Of those, 2,106 people, or 23 percent, had alcohol, drug or mental disorders during the previous year. Of that group, 43.8 percent were smokers - a much higher proportion than among rest of the population.

Though the researchers found that people with alcohol dependence did not cut down on cigarettes when prices rose, people with binge-drinking problems, substance-use disorders and mental disorders were significantly more likely to quit smoking if prices rose, as would occur with a cigarette tax increase.

While the study does suggest that increasing cigarette prices through taxation could reduce smoking among individuals with alcohol, drug or mental disorders, the authors note that further study is needed to determine if recent cigarette price increases have reduced smoking among individuals with such disorders, and whether the identified association is causal.

The study has been published online in the American Journal of Public Health.