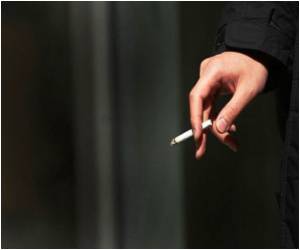 Sales at Spanish bars, cafes and night clubs plummeted 19 percent in the first month after the introduction of a new anti-smoking law, an industry association said Friday.

The losses, reported by the Spanish Hotel and Catering Association (FEHR), were far above those it had projected prior to the imposition of the law on January 2.

New York's City Council on Wednesday approved a law that extends smoking ban to municipal parks, beaches and other zones such as Times Square.
Advertisement

"As an exclusive result of the impact of the anti-smoking ban" sales at bars and cafes fell 19.14 percent in January, in restaurants by 14.35 percent and in night clubs by 19.88 percent, it said in a statement.


The estimate, reached from a study of 1,200 establishments in the sector, was the first of its kind since the law was imposed.

Some 85 percent of the establishments reported losses and only 1.5 percent said their sales had increased, which the FEHR said belied statements from the government that the measure would boost business.

Hotels and restaurants in the northern Spanish town of Palencia closed on Wednesday to protest the country's tough anti-smoking law which took effect this year.
Advertisement
The FEHR said the decline comes at "the worst moment of the last 50 years in the hospitality industry, with a general economic crisis."

The new law, one of the most strict in Europe, bans smoking in all enclosed public spaces, including bars, restaurants and night clubs, and makes it illegal to smoke in children's parks or anywhere on school or hospital grounds.

The FEHR last month launched an effort to obtain half a million signatures on a petition to demand that parliament change the legislation. It has also called for demonstrations in several towns and cities.

Spain has had an anti-smoking law since January 2006 but the impact was barely noticeable.

It banned smoking in the workplace, on public transport and in shops. But it allowed owners of bars, restaurants and cafes to decide whether to ban smoking or not. Most, faced with a drop in business, naturally chose to permit their customers to light up.

Greece has pledged to enforce smoking ban enacted last year. The latest after decades of failed effort and continues to be widely flouted in Europe's most nicotine-addicted nation.
Advertisement
<< S.Korean Schools Grappling With the 'Beating Ban'
Research on How the Brain Compresses Visual Info >>

Find a Doctor How to Reduce School Bag Weight - Simple Tips Calculate Ideal Weight for Infants Turmeric Powder - Health Benefits, Uses & Side Effects The Essence of Yoga A-Z Drug Brands in India Indian Medical Journals Drug - Food Interactions Blood - Sugar Chart Blood Pressure Calculator
This site uses cookies to deliver our services.By using our site, you acknowledge that you have read and understand our Cookie Policy, Privacy Policy, and our Terms of Use  Ok, Got it. Close
×