Smoking as Deadly as SARS in China, Declares WHO 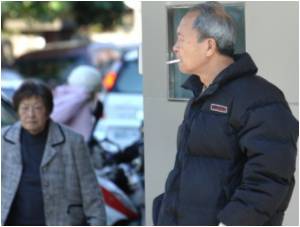 China's widespread smoking addiction should be dealt with the same intensity as SARS, declared the region's head of the World Health Organization.

Timed to coincide with the release of new data on adult tobacco use in China by the country's centre for disease control, Michael O'Leary said the Asian nation's widespread tobacco addiction was a worry.

"China's longstanding high prevalence of tobacco addiction deserves the same level of concern as an outbreak of SARS or H1N1," he said in an email to AFP.


"Chronic conditions now constitute the lion's share of the burden of disease in China, and tobacco use is the single largest preventable cause of death and disease."
Advertisement
According to the WHO, the data showed that more than half of men in China smoked, and that a total of 301 million adults currently puffed on cigarettes -- a drop from the previous figure of 350 million.

A total of 13,354 people across China took part in the survey from October last year to May 2010 which also revealed that 70 percent of non-smoking adults were exposed to second-hand smoke in a typical week.

China is the world's biggest consumer of tobacco, and up to one million people in the country die every year from lung cancer or cardiovascular diseases directly linked to smoking.

Authorities have pledged to ban smoking in all indoor, public places by next year, but activists and experts have raised doubts that the rules can be implemented in a country where law enforcement is weak.

In an indication of the extent of the problem, 56.8 percent of all male doctors in China smoke and some hospitals are not tobacco-free, state media reported earlier this year.

China's centre for disease control was not immediately available for comment.