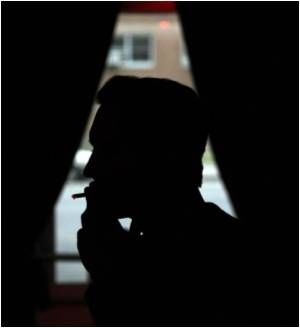 California won't be among those who will charge higher premiums for smoking - even though -smoking - has health risks.

According to federal law, states can charge those using tobacco 50% more for a health plan - although California legislature has passed a bill against doing this.

The Affordable Care Act believes in eliminating any bias of gender or medical condition in the pricing of health insurance for citizens of America. Critics feel that a tobacco surcharge would create a new category for discrimination.


Karen Pollitz of the Kaiser Family Foundation said that smokers would not get the benefit of subsidy through the marketplaces in 2014. For a low income person, a $ 3000 subsidy - when the cost of the policy is $6000 is affordable - a tobacco surcharge on this would thrust it back to $6000.
Advertisement
According to Rick Curtis, president of the Institute for Health Policy Solutions in Washington,

Weinberg a health Policy analyst says yes to higher insurance premiums for tobacco users  as long as they're not too high  as they provide the type of financial penalties that studies say cause people to quit smoking. By contrast, he says, banning higher rates because smoking disproportionately affects the poor reflects paternalistic policymaking that does nothing to fix the problem.

"I think we have to be very careful what types of favors we're doing for people. Because if the end results of this policy is greater numbers of smokers, then that's not actually helping the populations that we're trying to help," he says.

This makes sense to those in California - that it is essential to provide tobacco users with affordable health care rather than hike their premiums making it difficult to quit smoking.

Massachusetts, Rhode Island and District of Columbia are among others who don't charge smokers a higher premium.