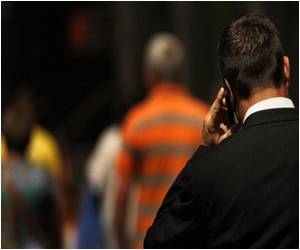 A smartphone case, developed using the same material which is used in NASA's spacecrafts, not only protects your handset but also your health as it reduces antenna radiation and cancer risks.

Although it's still unclear as to exactly how bad the problem of cellphone radiation is, the WHO has already reclassified it as "potentially carcinogenic for humans."

The problem Pong claims to be resolving is that mobile devices emit microwave energy, and the majority of it is absorbed by the heads and bodies of phone users while making calls.


The Pong case, which is available for a range of different smartphones, claims to redirect radiation away from the user and reduce exposure by up to 95 percent.

According to Pong's Chief Technology Officer, Ryan McCaughey, their invention doesn't make mere empty promises to ward off those deadly radiations, and the case has been rigorously tested to check its effectiveness

"The scale we base our research is the industry standard of SAR, or specific absorption rate. All cell phones are measured to this standard, and what we do is compare the effect of a cellphone on SAR with and without the Pong case," the Herald Sun quoted McCaughey as saying.

"Our lab tests, including independent lab tests, which we feel are a very important validation, show that we reduce SAR by up to 95 percent below current safety limits.

But even McCaughey admitted that the case isn't a complete solution, because not enough known is yet known about how safe even small levels of radiation are.

"There's so far no known safe limit. We can't say that someone using the Pong is going to be completely safe from radiation, but we're of the feeling that less exposure to radiation is better, and that's what Pong is providing," he added.