Smart Windows can Keep Heat Out While Filling Room With Light 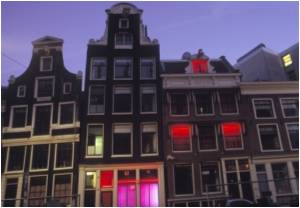 Researchers are working on smart windows which would block the out heat when it's hot outside.

Xuhong Guo, Kaimin Chen, Yanfeng Gao and colleagues explained that researchers are pursuing smart windows that can respond to a variety of cues, including electricity, gas, light and heat. Those that are sensitive to heat are particularly useful for cutting down on energy use-when it gets hot outside, the windows turn an opaque white to block unwanted heat from entering a building while still allowing light to pass. They become transparent again as temperatures drop.

However, the current methods for making these windows use jelly-like materials called hydrogels that swell in the heat, which hurts performance.


Building on previous advances, the researchers hence made a version of the hydrogels, but in the form of microscopic soft beads suspended in a liquid. They sandwiched the solution between two pieces of glass and tested it using a model house. When they shined a lamp mimicking solar light on the smart window, it turned opaque and kept the inside of the house cool. The microgel, however, didn't swell as much as its predecessor.

The findings are reported in ACS' journal Industrial and Engineering Chemistry Research.

Source: ANI
Advertisement
<< Unchecked Drug-Resistant Superbugs can Kill 10m Per Yr
Saving Files on Your PC can Help You Boost Your Memory >>

Windowless Offices Cause Sleepless Nights: Study
A new research has shown that office staff stuck in windowless rooms - or with little exposure to .....

Mum Throws Newborn Out of Window After Giving Birth
After secretly giving birth on Christmas Eve, a Spanish woman threw her newborn son out of a ......