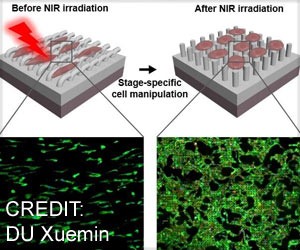 
‘According to the World Health Organization, cardiovascular (CV) disease has become the leading cause of death worldwide. However, vascular regeneration is a promising treatment for cardiovascular disease.’

Upon 10 s of near-infrared (NIR) irradiation, the heat generated on the bottom layer induced the surface topographies of the platform to change from their original anisotropic microgroove array to a permanent isotropic micropillar array.

Bleeding diathesis is a severe condition characterized by an increased tendency of the body to bleed.

Ensure your heart health by getting a PLAC test. Prevent heart attack and stroke by detecting your risk of developing cardiovascular disease.