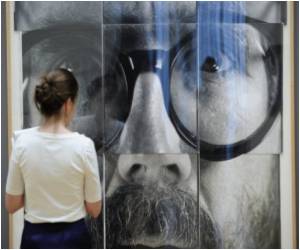 An essential part of any ophthalmology practice is retinal (or fundus) photography. Commercial fundus cameras can cost tens to hundreds of thousands of dollars, making the technology out of reach for smaller ophthalmic practices and to physicians in third-world countries.

In a recent study now on line, Massachusetts Eye and Ear researchers describe the relatively simple technique of fundus photography in human and rabbit eyes using a smartphone, an inexpensive app for the smartphone, and instruments that are readily available in an ophthalmic practice.Smartphones are now being used more routinely in ophthalmology to document patients' ocular conditions, the authors write.

Previously described techniques of fundus imaging often proved difficult to repeat, partly because video capture using Apple's built-in camera app in the iPhones cannot independently control the focus and the exposure during filming, which results in glare and poor image quality. "Our technique provides a simpler and higher quality method to more consistently produce excellent images of a patient's fundus," said senior author Shizuo Mukai, M.D., Mass. Eye and Ear retina specialist and Harvard Medical School associate professor of Ophthalmology. "This technique has been extremely helpful for us in the emergency department setting, in-patient consultations, and during examinations under anesthesia as it provides a cheaper and portable option for high-quality fundus-image acquisition for documentation and consultation. This technique is well tolerated in awake patients most likely since the light intensity used is often well below that which is used in standard indirect ophthalmoscopy.


"Using the described technique of smartphone fundus photography with the use of iPhone 4 or iPhone 5, the app Filmic pro, and a 20D lens with or without a Koeppe lens, researchers were was able to capture excellent, high-quality fundus images in both children under anesthesia and in awake adults.The best results were achieved in the operating room when a Koeppe lens was used in addition to the 20D lens; however, excellent images were acquired with the 20D lens alone in the clinic and emergency room setting as well as in the operating room. Researchers report that even first-year ophthalmology residents were able to master this technique in a relatively short period."This technique is relatively inexpensive and simple to master, and takes advantage of the expanding mobile-telephone networks for telemedicine," Dr. Mukai said. "We expect that the quality of the images achieved using this technique will continue to improve as higher-resolution cameras with larger sensors and better image stabilization is incorporated into newer smartphones."

New Photography Tool Enables Better Image Analysis
It will now be easier for ophthalmologists and optometrists to track changes in the eye, courtesy the new tool which is available online.
READ MORE

Flexible Photo-detector can Help Improve Quality of Photography
Distortion in snaps can now have a remedy in the recent creation of a human eye-inspired photo-detector , courtesy the researchers from The University of Wisconsin-Madison.
READ MORE

Photography Helps Japanese Women be Reborn in the Nude
Photography is helping women in Japan rediscover themselves.
READ MORE