Tiny Implants Release Painkillers Inside the Body in a controlled way 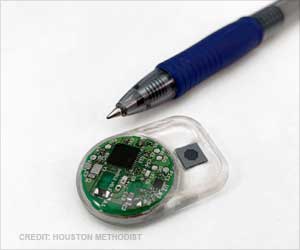 New biodegradable implant releases local anesthetic over several days in a controlled manner, reducing the patients' post-op discomfort, according to the Researchers in EPFL's Microsystems Laboratory. This research is published in Advanced Functional Materials.

They developed a tiny electronic circuit made of magnesium, that could be heated wirelessly from outside the body. Once integrated into the final device, the circuit will allow to release controlled amounts of anesthetic in a specific location over several days. After that, the implant will degrade safely inside the body.

Advertisement
‘New biodegradable implant helps to release controlled amounts of painkiller or anesthetic in a desired location inside the body. After that, the implant will degrade safely without requiring any further surgery to remove it.’
Read More..

Patients fitted with an orthopedic prosthetic commonly experience a period of intense pain after surgery. In an effort to control the pain, surgeons inject painkillers into the tissue during the operation. When that wears off a day or two later, the patients are given morphine through a catheter placed near the spine. Yet catheters are not particularly comfortable, and the drugs spread throughout the body, affecting all organs.


One capsule with several reservoirs

The electronic circuit - a resonant circuit in the shape of a small spiral - is just a few microns thick. When exposed to an alternating electromagnetic field, the spiral resonator produces an electric current that creates heat.
Advertisement
The researchers' end-goal is to pair the resonators with painkiller-filled capsules and then insert them into the tissue during surgery. The contents of the capsules could be released when an electromagnetic field sent from outside the body melts the capsule membrane.

"We're at a key stage in our project, because we can now fabricate resonators that work at different wavelengths," says Matthieu Rüegg, a PhD student and the study's lead author. "That means we can release the contents of the capsules individually by selecting different frequencies." The heat-and-release process should take less than a second.

The researchers had to get creative when it came time to manufacture their biodegradable resonators. "We immediately ruled out any fabrication process that involved contact with water, since magnesium dissolves in just a few seconds," says Rüegg. They ended up shaping the magnesium by depositing it on a substrate and then showering it with ions. "That gave us more flexibility in the design stage," he adds. They were eventually able to create some of the smallest magnesium resonators in the world: two microns thick, with a diameter of three millimeters.

The team's invention is not quite ready for the operating room. "We still need to work on integrating the resonators into the final device and show that it's possible to release drugs both in vitro and in vivo," concludes Ruegg.