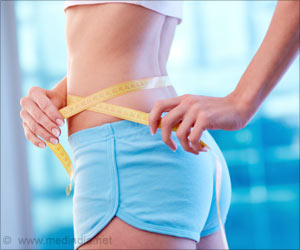 A new study suggests that behavioral changes are effective at helping people alter their lifestyles and lead to physical changes that could improve overall health.

The findings also indicate a shift is needed in the way such interventions are evaluated by researchers and used by health care providers, said Veronica Irvin of Oregon State University, a co-author of the study just published in the Annals of Behavioral Medicine.

When the ecosystem of a healthy tissue changes due to aging and smoking, the cells with cancer-causing mutations allows the growth of cancer.
Advertisement
‘Most of the randomized clinical trials that included behavioral intervention showed significant improvement in the targeted behavior and also had a physiological impact.’

Behavioral treatments such as individual counseling or group training to improve nutrition or physical activity, reduce or stop smoking, or adhere to a drug treatment plan, often are overlooked because medical care providers tend to believe it is too difficult for people the make changes to their established lifestyles, said Irvin, an assistant professor in the College of Public Health and Human Sciences at OSU.


But large clinical drug trials for potential new medications often fail to show that those treatments make patients better, and drugs sometimes are associated with undesirable side effects, she said. Modification of health behavior is another option for health providers and their patients, Irvin explained, but is underutilized in clinical medical practice as well as in public health policy because many providers remain unconvinced that people can change their behavior to improve their health.

Parents should encourage their children to spend time with their brothers and sisters, to be positive role models for their siblings and take care of each other.
Advertisement
She and her co-author, Robert M. Kaplan of the Agency for Healthcare Research and Quality, conducted a comprehensive and systematic review of large-budget studies funded by the National Institutes of Health that involved behavioral interventions such as individual counseling or group training to improve nutrition or physical activity, reduce or stop smoking, or adhere to a drug treatment plan.

More than 80 percent of the randomized clinical trials that included a behavioral intervention reported a significant improvement for the targeted behavior and a significant physiological impact such a reduction in weight or blood pressure. Greater improvements were observed when the intervention simultaneously targeted two behaviors, such as nutrition and physical activity, which are considered lifestyle behaviors.

"This research suggests that behavioral interventions should be taken more seriously," Irvin said. "It indicates that people are able to achieve realistic behavioral changes and improve their cardiovascular health."

But the researchers also noted that few of the studies documented morbidity and mortality outcomes that are often required for drug trials. Previous research by Irvin and Kaplan found that most drug trials fail to reduce mortality. Behavioral interventions should be studied in a similar fashion, Irvin said.

"There are more positive outcomes with these trials, but they don't often measure mortality," Irvin said. "The next step for behavioral trials should be to measure results using clinical outcomes, such as the number of heart attacks and hospitalizations, experienced by participants."

But the surrogate markers are not always predictive of clinical outcomes, which is a potential concern for medical researchers. Future behavioral trials should investigate these clinical events as they would be in a traditional drug trial, Irvin said.

Irvin and Kaplan began work on the study while the two worked together in the National Institutes of Health's Office of Behavior and Social Science Research. They reviewed all large-budget clinical trials evaluating behavioral interventions for the treatment or prevention of cardiovascular disease that had received funding from the National Heart, Lung and Blood Institute or the National Institute of Diabetes & Digestive and Kidney Diseases between 1980 and 2012.

In all, 38 studies were included in the research. They were did not include 20 large-budget trials from the period in this study because no results from those trials have been published.

This underscores the need for more publication of research even if the outcomes were not as expected, Irvin said. Publishing these null outcomes prevents the unnecessary replication of studies and also may inform doctors and patients about which treatments are not likely to be helpful.

Health experts say that one in four children in India have mental illnesses and that it should be addressed in the same manner as other diseases.
Advertisement
<< Climate Change Deters Sex Drive And Brings Down Birth Rate
Nano Ingredient in Sunscreen May Prevent Medical Implant Inf... >>

Recently, a new study has revealed that weight loss surgery will only be successful in full extent if people resolve to enact some important lifestyle changes.