Slow Food Gastronomes Now At Their Own University in Italy 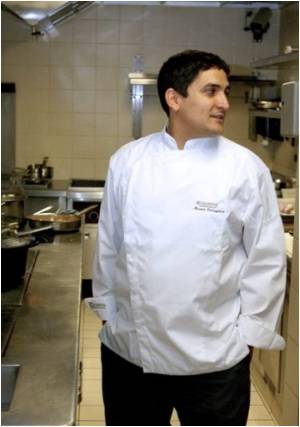 Students from all over the world are flocking to a one-of-a-kind university devoted to the Slow Food movement, founded nearly a quarter century ago to promote "good, clean and fair" food.

Nestled in the heart of the Langhe wine-producing region, near the white truffle "capital" Alba, the University of Gastronomic Sciences (UNISG) has a student body of more than 300.


Visitors to the six-year-old university, housed in a sprawling 19th-century complex once owned by the House of Savoy, may be surprised to see no pots or pans in the classrooms.


"The university was born from (Slow Food founder) Carlo Petrini's idea of looking at gastronomy like a science, stressing the affective, cultural and humanistic ingredients without which one cannot understand the value of food," said UNISG director Valter Cantino.

The students are not on the way to becoming chefs but rather gastronomes, "new figures" capable of working in all areas of "quality food-processing", including production, distribution, promotion and communication, the university says in its prospectus.

Students make five field trips a year away from the campus in the northern Piedmont region to sites in Italy and abroad.

One of them, Laine Steelman of California, learned the values of the Slow Food movement as a teenager, working as an assistant to American celebrity chef Alice Waters, he told AFP.

Steelman, like other future gastronomes here, is determined to carry the banner of the Slow Food movement, whose membership has swelled to more than 100,000 in 132 countries since Petrini founded it in 1986.

"With the current (world economic) crisis, everything has changed," said Steelman, 26. "Everyone knows we must change our food industry and concentrate more on local economies rather than import products from all over the world."

After graduating, Steelman wants to create a nonprofit organisation to promote organic farming in Kentucky, a state that has always been less receptive than his native California to Slow Food's ideals.

Tuition is 13,500 euros (16,000 dollars) a year for the three-year undergraduate degree and 21,000 euros for the one-year master's programme. About one-third of the students have scholarships.

"I have a scientific French baccalaureate" and started work on an undergraduate degree in physics and chemistry, "but the system didn't suit me," said Guillemette Barthouil, 21. "I wanted to 'understand' food rather than make it."

Barthouil, whose parents produce foie gras and smoked salmon in southwestern France and are Slow Food members, said she planned to do further studies after leaving UNISG and did not rule out taking over the family business later on.

Meanwhile, 24-year-old Claudia Garcia of Ecuador wonders what her job prospects will be after she graduates.

"Maybe when we leave, we'll realise that what we have seen was utopia, but it is the utopias that pave the way," she said.

Slow Food Guru Questions French Cuisine's Heritage Bid
The Slow Food movement for sustainable cuisine on Monday chqllenged a call for French cuisine to be added to UNESCO's world heritage list because it was unfair to try to rank world cuisines.
READ MORE

Savoring Life Through Slow Living
The Slow Movement lays emphasis on quality, and hopes to do away with fast tracking to achieve time-bound goals.
READ MORE

Creativity Improves When the Mind Slows Down
A slow brain can come up with better ideas and can be more creative, a new American study has revealed.
READ MORE