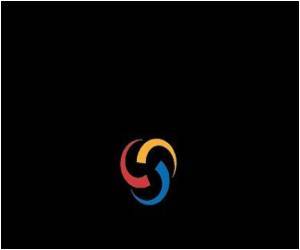 A slash of $1.6-billion (1.2-billion-euro) in the AIDS treatment funding could affect multitudes as donors failed to meet commitments to the Global Fund, campaigners raised concern on Monday.

The Global Fund last week said it would not bankroll new AIDS treatment projects until 2014 because the world financial crisis forced donor countries to cut spending.


"This is not an issue of funding. It comes down to broken promises," said Daygan Eager, of the Budget Expenditure Monitoring Forum, which campaigns for AIDS funding in southern Africa.
Advertisement
"In a crisis, donating to the Global Fund is not good politics," Eager told a press conference in Johannesburg.

The Global Fund is the world's largest multilateral funder of AIDS, tuberculosis and malaria programmes, and says its programmes have saved 7.7 million lives.

It has financed 70 percent of anti-retroviral drugs in the developing world and is one of the major funders of medicine in sub-Saharan Africa, home to two thirds of all people living with AIDS.

The Netherlands, Denmark, Italy and the European Commission reneged on funding commitments, while Germany is delaying disbursements, according to campaigners.

The announcement came as the United Nations reported last week that expanded access to treatment had slashed the number of AIDS deaths, as the number of people receiving treatment in sub-Saharan Africa had jumped by 20 percent between 2009 and 2010.

"We are calling on the international community not to give up on this. Local governments are doing their bit, but it's not enough," said Fazil Tezera, MSF head for Zimbabwe, which relies on the Global Fund for over 60 percent of its monies.

"The more we treat people, the fewer infections we will have," said Eric Goemaere, South Africa medical officer at MSF (Doctors without Borders).

"Unfortunately the political message today is to treat less people."

After the Fund's board met last week in Ghana, the organisation announced that it would focus its more limited resources on poorer countries, and urged the rich world to follow through on promised donations.