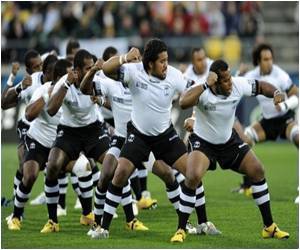 While protective skull caps have become the preferred method for athletes to avoid head injuries, a new study funded by the International Rugby Board in Australia has found that such caps do not provide any real protection.

Researchers tested the effectiveness of such headgear in more than 4.000 players who were split up into three different groups.


In the report that has been published on the website The Conversation, lead researcher Caroline French said that they found no evidence that wearing protective helmets prevented concussions. "We've got no evidence really that soft-shell helmets help prevent concussion, although they may prevent against superficial injuries. But we certainly wouldn't be saying at this stage that this is a protective device that is going to prevent everything", she said.

A headache literally means 'pain in the head'. It is a common complaint that may occur frequently in some
Advertisement
<< Now, Shoes to Keep Your Feet Cool
New Flame Retardants Contain Increasing Atmospheric Concentr... >>

Skull Fractures
News Archive
News Resource
Advertisement
News Category
Death Caused by a Rare Type Amoeba: Research Study Japan Approves Smallpox Vaccine for Monkeypox Did Human Evolution Shrink Your Brain? What to Do When Your Asthma Medication Doesn't Work? Which is Better to Improve Smoker's Health  Cigarettes or E-Cigarettes?
More News
Sign up for Wellness Consult a Doctor Sign up for Selfcare