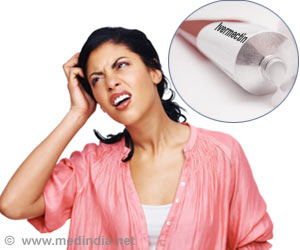 Two new antibiotics that specifically abolished a potentially disease-causing form of Staphylococcus aureus were discovered in the secretions of innocuous bacteria that naturally occupy people's skin, reports a new study.

l Personalized lotions containing the "friendly" bacteria protected against S. aureus colonization for five patients with Atopic Dermatitis (AD) - a condition characterized by frequent skin infections that afflicts up to 20% of the population at some point in their lives.

Antibiotics Are the Main Cause of C. Difficile Epidemic

Cases of C. difficile fell only when fluoroquinolone use was restricted and used in a more targeted way as one part of many efforts to control the outbreak.
Advertisement
‘Knowledge of the specific microbial genes encoding AMPs allowed the scientists to identify small numbers of guardian bacteria on Atopic Dermatitis (AD) patients' skin.’


The bacterial AMPs were more effective at eliminating S. aureus than their human counterparts alone, and when administered in combination both agents demonstrated enhanced results. What's more, the AMP-generating bacteria did not inhibit the growth of other organisms associated with healthy skin, including Propionibacterium acnes, Staphylococcus epidermidis and Corynebacterium minutissimum.

Antibiotic resistance in Klebsiella pneumoniae is of increasing concern in Europe, revealed researchers.
Advertisement
Knowledge of the specific microbial genes encoding AMPs allowed the scientists to identify small numbers of guardian bacteria on AD patients' skin. They developed unique lotions containing bacteria isolated from each individual, which prevented those patients from becoming colonized by S. aureus.

This selective intervention is already approved by the U.S. Food and Drug Administration, with a clinical trial currently underway. The approach could prevent skin infections without the need for broad-spectrum antibiotics, which the authors say might do more harm than good by also killing off protective members of the skin microbiota.

Antibiotics are an Effective Treatment for Appendicitis in Kids, Instead of Surgery

Appendicitis is currently treated through an operation to remove the appendix, known as an appendicectomy, and it is the most common cause of emergency surgery in children.
Advertisement
<< Physicians and Non-Physician Clinicians Provide Similar Care
Woodstoves are Good for Soul, Bad for Heart and Lungs >>

A new protein that likely will advance the search for new natural antibiotics has been discovered by scientists.

News Archive
News Resource
Advertisement
News Category
Vitamin D For Statin-Induced Muscle Pain: Worth or Hype? New Outlook for Coping With the Loss of a Pet Study: 1 in 7 Americans Experience Bloating Fungal Infections: New Cause for Lung Inflammation A Quarter of Former Olympians Suffer from Osteoarthritis: Study
More News
Sign up for Wellness Consult a Doctor Sign up for Selfcare