Skin can be 'Infection Free' With Fat 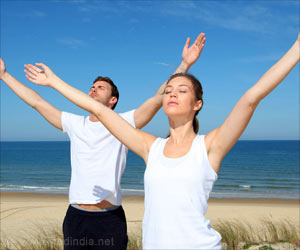 Fat cells below the skin provides protection from bacteria, proving that all the fat may not be bad after all.

Richard Gallo, MD, PhD, professor and chief of dermatology at the University of California, along with his colleagues, uncovered a previously unknown role for dermal fat cells, known as adipocytes: They produce antimicrobial peptides that help fend off invading bacteria and other pathogens.
Advertisement

Gallo said that though it was thought that once the skin barrier was broken, it was entirely the responsibility of circulating (white) blood cells like neutrophils and macrophages to protect us from getting sepsis.


But it took time to recruit the cells (to the wound site). And they have now shown that the fat stem cells were responsible for protecting us, which was totally unexpected. It was not known that adipocytes could produce antimicrobials, let alone that made almost as much as a neutrophil, he added.
Advertisement
Prior published work out of the Gallo lab had observed S. aureus in the fat layer of the skin, so researchers looked to see if the subcutaneous fat played a role in preventing skin infections.

Ling Zhang, PhD, the first author of the paper, exposed mice to S. aureus and within hours detected a major increase in both the number and size of fat cells at the site of infection. More importantly, these fat cells produced high levels of an antimicrobial peptide (AMP) called cathelicidin antimicrobial peptide or CAMP. AMPs are molecules used by the innate immune response to directly kill invasive bacteria, viruses, fungi and other pathogens.

The scientists confirmed their findings by analyzing S. aureus infections in mice unable to either effectively produce adipocytes or whose fat cells did not express sufficient antimicrobial peptides in general and CAMP in particular. In all cases, they found the mice suffered more frequent and severe infections.

Further tests confirmed that human adipocytes also produce cathelicidin, suggesting the immune response is similar in both rodents and humans. Interestingly, obese subjects were observed to have more CAMP in their blood than subjects of normal weight.

The potential clinical applications of the findings will require further study, said Gallo.

"Defective AMP production by mature adipocytes can occur due to obesity or insulin resistance, resulting in greater susceptibility to infection, but too much cathelicidin may provoke an unhealthy inflammatory response. The key is that we now know this part of the immune response puzzle. It opens fantastic new options for study," said the scientists.

The paper is published in Science.

Exhale Out Your Excess Fat Through Your Lungs
Did you know that when you lose weight most of it is exhaled out through your lungs? A new study ......

Fat Burning Fruits
There are many fat-burning fruits. You can eat a fat-burning diet with the help of these belly ......

Could Seaweed Help Cut Fat in Your Chocolate?
Low-fat chocolate on your mind? Researchers seem to have developed just that. Read about a new ......