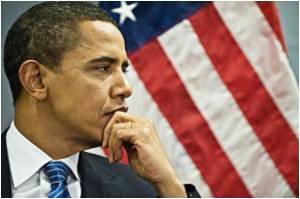 Hoping to garner some major brownie points before poll season, US President Barack Obama was to launch a drive Wednesday to promote his landmark health care law against Republican pledges to derail them if returned to power in upcoming mid-term elections.

In a bid to shore up political support ahead of the November polls -- and with polls suggesting Americans are skeptical of the law's benefits -- the White House was also due to release state-by-state reports on its impact.

Six months after the key reform passed into law, Obama was to visit the Virginia town of Falls Church near Washington Thursday to discuss reform with local residents and inaugurate the so-called "Patient's Bill of Rights."

Health care reform in Massachusetts has improved minority access for some inpatient procedures, researchers have found
Advertisement
Many of the provisions in the law come into effect on Thursday.

Its measures include stopping providers from dropping health care insurance based on mistakes made filling out an application form; and from denying coverage because the applicant has a medical problem.

Obama has pledged that the previsions, part of the phasing-in of the law over several years, would offer greater consumer protection to people who might otherwise be either denied or even lose their health cover.

It would mean "some of the worst abuses will be banned forever," he said.

The enactment of the law ended more than a year of intense political battles in Washington over the health bill, which passed Congress despite almost unanimous Republican opposition.

But the bid to promote his biggest domestic political victory comes six weeks ahead of a critical election.

Democrats face stiff resistance from Republicans on the issue, who are trying to encourage public skepticism over the plan.

They insist it is both too expensive and a draconian expansion of federal government.

One poll released earlier this month by the New York Times and CBS showed 49.3 percent of Americans opposed the reform, with only 37 percent approving.

While the US Congress has passed the most comprehensive healthcare reform bill since the formation of Medicare, there is a lot that still needs to be done.
Advertisement
Advertisement