Single Pill a Day Could Keep Heart Attack, Stroke Away 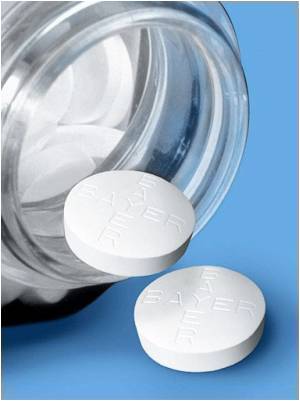 A new single daily pill which could protect people against heart attacks and strokes is being under test. Testing is carried out by London's Wolfson Institute team, who will offer it to 100 patients for 12 weeks.

The all-in-one 'polypill' is a combination of a range of medicines to reduce cholesterol and blood pressure instead of patients having to take several tablets, reports the Daily Express.


The idea was first suggested in 2003 when scientists said its widespread use "would have a greater impact on the prevention of disease in the western world than any other single intervention."

If the latest trial turns out to be successful, the pill could be offered on prescription for the over 50s within two years.

Stroke can cause permanent disability and it is important to recognize its early warning signs to stop its progress. Early warning signs of stroke include sudden weakness of facial muscles.
Advertisement
<< New Twist in California Same-Sex Marriage Legal Fight
Teenage Student Offering Herself for Sale to Fund Tuition F... >>

Animation of Heart Attack symptoms. Heart attack is caused due to ischemia of the heart muscles that results in pain and the other symptoms of heart attack.

A-Z Drug Brands in India Blood - Sugar Chart Iron Intake Calculator Selfie Addiction Calculator The Essence of Yoga Pregnancy Confirmation Calculator Indian Medical Journals Sanatogen Nutam (400mg) (Piracetam) Diaphragmatic Hernia
This site uses cookies to deliver our services. By using our site, you acknowledge that you have read and understand our Cookie Policy, Privacy Policy, and our Terms of Use