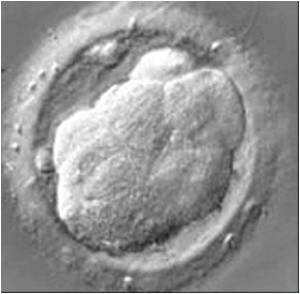 If women opting for various fertility treatments like IVF were limited to one-embryo at a time, would save lives and money, say Canadian doctors.

"Across Canada, there would be as many as 840 fewer babies admitted to the NICU (neonatal intensive care unit), 40 deaths avoided, 46 fewer brain injuries, and 42,400 fewer days of NICU hospitalization," said Keith Barrington, lead author of the study in the US Journal of Pediatrics.

Each day a baby spends in the NICU costs about $1,000, meaning some $42.4 million could be saved per year by restricting embryo transfers, according to the data compiled by doctors at the University of Montreal.


Women and couples who are having trouble getting pregnant often opt for in vitro fertilization (IVF), which involves combining the egg and sperm outside the womb and then implanting the fertilized embryo in the woman's uterus.

Interactive section of Medindia gives explanation for Invitro Fertilisation - 3D.
Advertisement
Patients may opt for multiple embryo transfers in the hopes it will increase their chances of getting pregnant, and to cut back on the number of times the costly procedure -- usually between $10,000 and $15,000 -- is performed.

But Montreal researchers decided to examine records from the Royal Victoria Hospital in Quebec and see what the impact of IVF had been on creating twins, triplets and other multiples.

Last year, Quebec established a new policy that the government of the francophone province would pay for three cycles of IVF for people seeking it, but set a mandate of one embryo transfer at a time.

The Montreal doctors' study predates that policy, looking back at records from 2005 to 2007.

During that period, 17 percent of babies sent to the NICU -- a total of 82 infants -- were from multiple births resulting from fertility treatment. Seventy-five were from specifically IVF transfer of multiple embryos.

If the rest of Canada were to follow the same one-embryo policy as Quebec, multiple birth rates and their complications could be drastically cut, the study argued, recommending that any regulation be accompanied by a policy of reimbursement for any additional costs to the parents-to-be.

"Since July 2010, all of the fertility centers in Quebec have adopted this approach, and preliminary results show that twin gestation rates have dropped from 30 percent to 3.8 percent," Barrington said.

Similar policy in the United States would result in even more benefits, because US doctors performed 20 times as many IVF procedures as in Canada in 2008, the study said.

One percent of births in the United States are a result of IVF, which results in 16 percent of twin births and 38 percent of triplets.

There is a general belief that a pregnant woman should eat for two people. How far is this true? This compilation of information, presented in the quiz, will tell you more.
Advertisement
Advertisement

Assisted reproductive technologies include all measures involving the manipulation of gametes and embryo ...

Infertility is a condition wherein couples fail to achieve pregnancy or if the woman has been unable to carry ...
This site uses cookies to deliver our services.By using our site, you acknowledge that you have read and understand our Cookie Policy, Privacy Policy, and our Terms of Use  Ok, Got it. Close
×