Single Drug Could Have Multiple Targets in Future 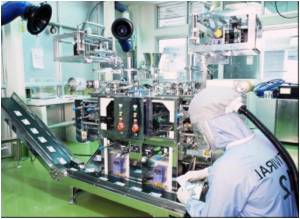 Hope for the development of a potential drug with multiple targets has been provided by a new discovery by researchers from the University of California San Diego and the City University of New York (CUNY).

They have identified the potential molecular targets of the anti-HIV drug nelfinavir, which may explain why the drug is also effective as a cancer therapy.

Nelfinavir is a protease inhibitor that prevents replication of the HIV virus. It has also been found to have a positive effect on a number of solid tumor types but the mechanism of how the drug worked in humans was unclear.

Encyclopedia section of medindia explains in brief about the treatment for AIDS/HIV
Advertisement
They found that there are weak interactions with a multitude of molecular targets, rather than a strong interaction with a single target.

While drug molecules are designed to bind to targeted proteins in order to achieve a therapeutic effect, small drug molecules can also attach to off-target proteins with similar binding sites.

The result may be unwanted side effects or, as in the case of nelfinavir, a secondary and positive effect.

Philip E. Bourne, professor of pharmacology at UCSD Skaggs School of Pharmacy and Pharmaceutical Sciences, and his colleagues suggested that it is the collective effect of these weak interactions that leads to the clinical efficacy of nelfinavir.

The findings have been published in the open-access journal PLoS Computational Biology.

Several drugs are either banned or withdrawn after introduction in the market.
Advertisement
<< Scientists Identify Chemical Mechanism Behind Bugs' Antibio...
U.S. Adults Must Improve Their Calcium Intake >>