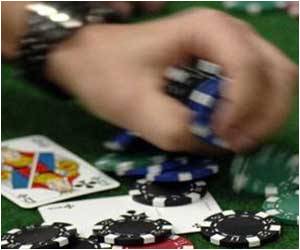 Singapore's government said on Wednesday that the city-state's citizens have made more than one million visits to the country's two new casinos - the levy of 100 Singapore dollars (75 USD) not discouraging the crowds one bit.

Vivian Balakrishnan, the city state's minister for community development, youth and sports, released the figures in a parliamentary debate on the casinos, whose operations have caused concern among church and civic groups.

Casinos Give a Thrust to Tourism in Singapore

Casinos in Singapore are a major attraction to tourists and analysis has revealed that the number of arrivals in a single month has exceeded the one million mark in July.
Advertisement

"In the seven months since the casinos opened, there have been more than one million visits by local residents to the casinos," he said.


"These numbers fortunately appear to be stabilising as the novelty wears off, but we are monitoring the trends very closely," Balakrishnan added.

Star City Casino has plans of picking up a 100-million-dollar fleet of jets and make a wharf that is suitable for the world's biggest yachts.
Advertisement
Singapore opened its first casino in February, closely followed by its second in April, as part of two "integrated resorts" aimed at boosting the city-state's tourism numbers and revenue.

In order to dissuade locals from gambling, authorities imposed the entry levy on citizens and permanent residents. Tourists and foreigners on employment visas do not have to pay any entrance fees.

Singapore's population now stands at about 5.1 million, of whom 3.2 million are citizens and 540,000 are foreigners with permanent residency.

"Our aim was to minimise the impact of the casinos on locals... and to prevent the casinos from targeting the locals as their principal market," the minister said, adding that the government's position "remains unchanged".

Following complaints, free bus services from key transport hubs across Singapore were halted by the casino resorts last weekend due to fears that they were encouraging working-class Singaporeans to gamble.

Casino Regulations to be Introduced in Nepal

The Nepal government will soon be introducing casino regulations to put an end to malpractices in the business.
Advertisement
Advertisement
This site uses cookies to deliver our services.By using our site, you acknowledge that you have read and understand our Cookie Policy, Privacy Policy, and our Terms of Use  Ok, Got it. Close
×