Anxious parents are behind the tutor boom in Singapore.

Five-year-old Singaporean Timothy Lee has yet to enter primary school, but even before his formal schooling begins he is already attending classes six days a week.
Advertisement 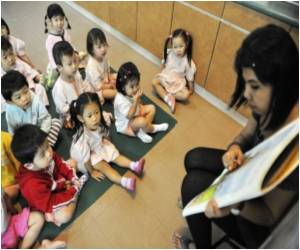 Schooling is virtually free at government schools in Singapore 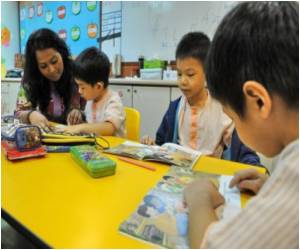 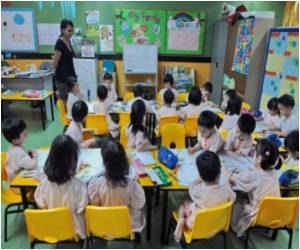 From Monday to Friday he goes to a normal kindergarten, but on Saturdays he takes special classes on phonics and abacus with four other children at an "enrichment centre" to gain a foundation in reading and mathematics.


"Learning abacus is good for brain development and helps him in addition and subtraction so that he can get the answer faster," said his mother Lynn, who works as an office administrator.
Advertisement
Timothy doesn't mind because everyone else does it.

"I don't feel tired. I get to meet my friends and we sometimes play games in class," he said.

In a high-pressure education system where raw test results matter more than anything else, parents are sparing no costs to arm their children for future competition and ensure they qualify for the top two local universities.

While schooling is virtually free at government schools where all Singaporean children go -- international schools are restricted to foreigners, with few exceptions -- private tutors can cost parents hundreds of dollars per month.

They, in turn, put pressure on their children to do well in primary and secondary school exams, creating a spiral of expectations and pressure.

"It becomes more and more difficult every year because children are getting better prepared for primary school by their parents, and the teachers and schools upgrade their teachings with the greater expectations," said William Toh, one of three founders of an education web portal.

It claims to get nearly two million page views every month from parents seeking the best tutors.

The number of such centres reached 679 in 2008, when combined revenues hit close to 250 million Singapore dollars (180 million US), according to the most recent data from the Singapore Department of Statistics.

The figure excludes cash paid to part-time home tutors, another thriving industry in itself.

The centres also offer courses in English and Mandarin, key elements in the national student tests along with mathematics and science.

Singapore students are required to sit for two exams -- during primary school and after secondary school.

High scores in the Primary School Leaving Examinations (PSLE) -- arguably the most dreaded acronym among Singaporean parents -- can clear the path all the way to university.

Those who don't get into university settle for polytechnics and vocational schools, which will likely lead to lower-paying jobs, or cost their families a small fortune in overseas education.

"We do get a hard time from parents sometimes," said Tony Tan, director of tuition centre SmartLab, which has nine branches and prepares students with a battery of mock exams.

"If you're finding that the tuition is killing their love of learning, stop because that's ultimately more deadly than any amount of facts you could cram in their heads," he said.

But things could be changing for stressed-out Singaporean kids.

Following a review, the education ministry decided in July that children who enter the first year of primary school from 2013 will not have to sit for regular exams during the school year.

But the dreaded PSLE stays in place.

Toh, the parents' portal founder who himself has a daughter entering primary school next year, called the reform a step in the right direction but said the PSLE will continue to worry parents -- and put stress on kids.

"In fact, (stress on children) might be even higher because even if the schools are not giving exams, parents are thinking about sending them to enrichment classes so that they will be prepared," he added.

Toh is not taking any chances -- he is already sending his daughter to enrichment classes in preparation for primary school.