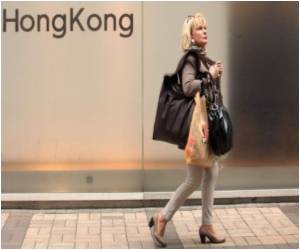 In a luxury industry dominated by famous European brands, a Singapore company is making inroads with an exclusive line of colourful handbags made from crocodile skin.

Selling for as much as $20,000 apiece, Kwanpen bags are made in a spacious, brightly lit workroom where about 50 staff work meticulously to meet the exacting demands of fashionable women the world over.

The Height of Luxury - In Hong Kong!

The world's highest hotel opened its doors in Hong Kong on Tuesday, housed in the city's tallest skyscraper and offering unrivalled panoramic views of the world famous Victoria Harbour.
Advertisement

Kwanpen is a family-owned enterprise operating in one of Singapore's industrial suburbs, the only luxury leather goods brand from a city-state better known for electronics, petrochemicals and finance.


"It's not mass production," company president Leonard Kwan told AFP, beaming with pride at samples of the products named after his late father, who started the business in the 1960s.

Fashion trend spotters say Kwanpen bags are highly sought after in Hong Kong, one of the world's top markets for luxury goods, and are desired by women not just for their fine craftsmanship but their rarity too.

Chinese screen siren Gong Li has been seen carrying them.

It can take up to 50 man-hours to produce one Kwanpen bag and no more than 400 pieces are shipped in any given month.

The company, also a contract manufacturer for European luxury brands that it cannot reveal, declined to give annual revenue figures but says it has had to turn down orders to maintain its production standards.

From Italian handbags to Swiss watches, Asia's booming economies led by China have turned the region into the main profit centre for the luxury goods industry, largely based in Europe, and companies such as Kwanpen are tapping into this demand.

Brokerage firm CLSA predicts China will be the world's largest luxury goods market by 2020, accounting for 44 percent of worldwide sales.

Kwan, who turns 60 in a few months' time, learned the craft as a boy helping his father, who eked out a living from repairing and polishing leather goods for British expatriates to support his wife and five sons.

When he was 10, Kwan knew enough of the basics to fashion his own belt, watch bands and shoes, much to the worry of his mother, who felt he was too young to manage the heavy knife needed to cut crocodile skin.

By the mid-1970s, his father's small business had gradually expanded to making crocodile leather bags for retailers and doing contract work for top Western labels that would specify the design and colours for Kwanpen to execute.

Kwanpen still manufactures bags for some leading French labels but they cannot be named because of confidentiality clauses in the contracts.

The first Kwanpen shop dedicated to crocodile bags under the company's own name opened in 1976.

Until today, Kwan and his younger brothers are closely involved at every stage of the production process, from sourcing materials to quality control.

Imperfect pieces will be personally studied by the brothers to see what went wrong so that mistakes will not be repeated, Kwan said.

Kwan personally sees to the purchase of the crocodile skin at a local tannery.

"The skin must be perfect to make a bag and it's not easy to find it," he said, adding only leather that complies with the Convention on International Trade in Endangered Species of Wild Fauna and Flora (CITES) is used.

In Hong Kong, by far its biggest market, Kwanpen has five boutiques in some of the Chinese city's most prestigious shopping addresses.

"They do a very good job at it and the leather they use is top," a smartly dressed shopper, Pamela Ling, told an AFP reporter at the Kwanpen boutique at the upmarket IFC Mall in Hong Kong.

Exotic coffees are the in thing nowadays. Indonesia's self-proclaimed King of Luwak , Gunawan Supriadi, is having a hard time keeping up with demand for the beans excreted by his stable of pampered civet cats .
Advertisement
<< Thin Images Make Women Feel Better About Their Bodies, Says...
Liver Disease may Result from Repeated Use of Common Anaest... >>