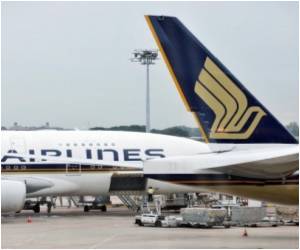 BBC journalist Max Pearson, experienced a personal tsunami of sorts when he suffered a heart attack on board a Singapore Airlines flight bound for London.

Just few moments after the plane took off from Singapore, Pearson, 51, suffered a heart attack. A plea for emergency landing to avail immediate medical assistance was turned down by the cabin crew.

Pearson, who had flown in from Tokyo to Singapore after reporting the Japanese Tsunami was taking a connecting flight bound for London.


Left with no choice but to endure the 14 hour flight, with his life literally hanging in the air, Pearson was rushed to a hospital after the plane landed at Heathrow where he underwent emergency surgery.

Pearson survived the attack, but the lack of immediate medical attention which is crucial after a heart attack, undoubtedly caused irreparable damage to his heart. He is now considering taking legal action against Singapore Airlines.

A-Z Drug Brands in India Drug Interaction Checker Find a Doctor Selfie Addiction Calculator Blood Pressure Calculator Color Blindness Calculator The Essence of Yoga Blood - Sugar Chart Hearing Loss Calculator Drug Side Effects Calculator
This site uses cookies to deliver our services. By using our site, you acknowledge that you have read and understand our Cookie Policy, Privacy Policy, and our Terms of Use