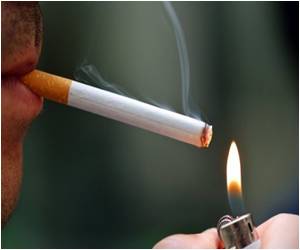 "The new tax has been suggested to the Department of Revenue of the Ministry of Finance as part of the government's exercise to increase taxes on all tobacco products to prevent people from using them," the official said.

Studies by the World Health Organisation (WHO) suggest that increase in price or tax on tobacco products is likely to reduce their consumption and also premature tobacco-related deaths in the country.


WHO has been extending technical support to the government in implementation of the WHO-Framework Convention on Tobacco Control.

Tobacco is one of the largest killers in India. Smoking kills 900,000 people every year in India and unless corrective action is taken, the number will soon increase to one million smoking-related deaths annually, according to a study published in the New England Journal of Medicine.

Deaths from Tobacco, a Key Obstacle to Global Development
If the word's nations are going to prevent tobacco smoking from causing one projected billion ......