Prostate cancer patients who receive hormone therapy can prevent its side effects by doing moderate exercise and choosing vegetables instead of cheeseburgers, suggests a new research.

Androgen deprivation therapy is a powerful tool against prostate cancer, and more and more men are opting for the treatment as a growing array of hormone-based therapies become available.

But it comes with a cost. Suppressing male hormones, including testosterone, that fuel cancer growth also means that patients lose strength and muscle mass and gain fat. And that puts the men at risk for other health problems, including heart disease and diabetes.


‘Exercise and diet can reduce the risk for chronic health problems in patients who receive hormone therapy.’


But diet and moderate exercise proved to be valuable tools in fending off those side effects in the new research from The Ohio State University. The study appears in the journal Annals of Behavioral Medicine.

"We found that a comprehensive exercise and diet program in a group setting can make a difference for prostate cancer patients, and the difference was greater than I expected in a short period of time," said lead author Brian Focht, a professor of human sciences at Ohio State.

"As they gain fat and lose muscle during hormone therapy, these men are at significant risk for chronic health problems including metabolic disorder, a precursor to diabetes and heart disease."

While this isn't the first study to show that exercise is good for prostate cancer patients and survivors, it is the first to employ this type of group approach and one of the first to also focus on diet, said Focht, also an investigator at Ohio State's Comprehensive Cancer Center.

"We think the group approach is important, because it creates social support for a group of men who have experienced shared challenges, and that can increase the chances of long-term behavior change," Focht said. "We wondered if prostate cancer patients would view this approach as feasible and acceptable, and we heard a resounding 'yes.' They fully embraced it."

The study included 32 prostate cancer patients treated at Ohio State's Arthur G. James Cancer Hospital. Half the men participated in a 12-week personalized program that included group exercise and nutrition counseling. The other half received some basic education related to their cancer diagnosis, and the opportunity for exercise education at the end of the study. Before the study, all of the men were sedentary, exercising less than an hour a week in the previous six months.

The exercise and diet group saw gains in mobility and muscle strength and decreases in fat mass three months after the intervention, while those three measures moved in the opposite, undesirable, direction for the other group of men.

Similarly, mobility (measured with walking and stair-climbing tests) increased for the exercise group and decreased for the control group. Muscular strength (measured by pounds lifted on leg extension and chest press exercises) improved by about 20 pounds in the exercise group. After three months, the control group saw little difference in how much weight they could lift.

Exercise regimens were tailored to each man's ability and increased in intensity during the three-month experiment and included two one-hour supervised sessions per week. Workouts included weight-bearing exercise such as leg extensions and bicep curls, and aerobic exercise on a treadmill, stationary bike or elliptical trainer.

The research team also encouraged the men to exercise on their own, per national guidelines that recommend at least 150 minutes of physical activity a week and 10,000 steps per day. The men in the study did not experience any serious medical problems or injuries as a result of the exercise program.

Nutrition counseling was led by a registered dietitian, who gave advice during small group sessions after workouts and on brief phone calls. Men were encouraged to adopt a plant-based diet and follow other nutritional guidelines supported by the federal government and by medical groups including the American Cancer Society.

"This is not a one-size-fits-all approach. Each man needs to work within his own limits, and each has different needs nutritionally," said Focht, who wants to replicate the research with about 200 prostate cancer patients to see if the findings in this small pilot study hold true.

"There's an increasingly recognized focus on the holistic treatment of cancer patients. We not only want to add years to life, but we want to add life to their years," Focht said. 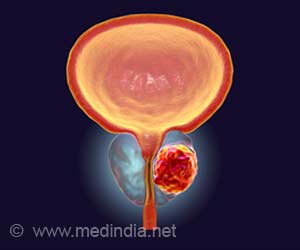 Why High-Fat Diet should be a Strict no for Prostate Cancer Patients
New research demonstrates how prostate cancer may metastasize with high dietary fat.
READ MORE

Androgen Deprivation Therapy for Prostate Cancer and Risk of Dementia  A Retrospective Study
Androgen deprivation therapy (ADT) for prostate cancer may be associated with an increased risk of dementia, finds a retrospective study.
READ MORE 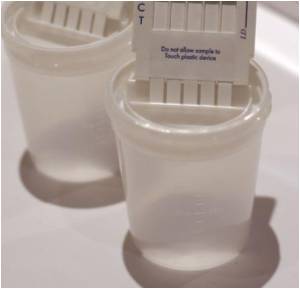