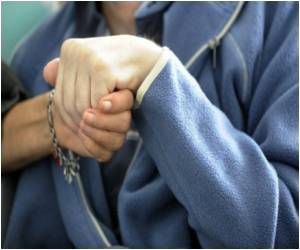 A simple method to design antibodies aimed at combating Alzheimer's disease has been developed by scientists.

Antibodies are large proteins produced by the immune system to combat infection and disease. They are comprised of a large Y-shaped protein topped with small peptide loops. These loops bind to harmful invaders in the body, such as a viruses or bacteria.


Once an antibody is bound to its target, the immune system sends cells to destroy the invader. Finding the right antibody can determine the difference between death and recovery.


When trying to design an antibody, the arrangement and sequence of the antibody loops is of utmost importance. Only a very specific combination of antibody loops will bind to and neutralize each target.

With billions of different possible loop arrangements and sequences, it is seemingly impossible to predict which antibody loops will bind to a specific target molecule.

The new antibody design process was used to create antibodies that target a devastating molecule in the body - the Alzheimer's protein.

The research, led by Assistant Professor of Chemical and Biological Engineering Peter Tessier, uses the same molecular interactions that cause the Alzheimer's proteins to stick together and form the toxic particles that are a hallmark of the disease.

"We are actually exploiting the same protein interactions that cause the disease in the brain to mediate binding of antibodies to toxic Alzheimer's protein particles," Tessier said.

Importantly, the new Alzheimer's antibodies developed by Tessier and his colleagues only latched on to the harmful clumped proteins and not the harmless monomers or single peptides that are not associated with disease.

The study has been published in the Early Edition of the journal Proceedings of the National Academy of Sciences (PNAS).

Medicines Meant to Treat Alzheimers Found to be Good for Victims of Dementia
Cholinesterase inhibitors, that help victims of Alzheimer's disease can also assist in the management of behavioural and psychological symptoms of dementia, a new study has shown.
READ MORE