Even After Hynotherapy, Simon Cowell Fails in His Attempt to Give Up Smoking 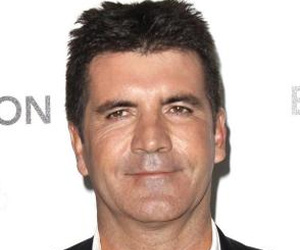 Simon Cowell, the 55-year-old actor, underwent hypnotherapy in an effort to quit smoking.

He admitted that he was not able to quit the habit after the therapy. "I tried once to give up smoking, and the first thing I did when I walked out of the hypnotist's was light up a cigarette. I actually wanted one more."

The treatment was not of much help as he had another cigarette in his mouth within moments of leaving the session. Simon was recently hypnotised once more in a dog reality show and he revealed it to be the weirdest feeling.


He said, "That was a very strange sensation. I do start yawning and feeling very light-headed. My last memory was the dog staring at me - and I love dogs - with this really weird look. Then the next thing, the girl is saying, 'Five, four three, two, one, wake up."

Smoking And Cancer
Smoking is the most important preventable cause of cancer in the world....
Smoking Increases Not only Risk for Prostate Cancer But Smokers During its Treatment Fare Worse than Non-smokers
Cigarette smoking is a risk factor for aggressive prostate cancer though it is not yet thought to .....