For Down's syndrome, a new analysis has found that some second trimester markers that are detected by ultrasound are more telling than others.

Published early online in Ultrasound in Obstetrics & Gynecology, the study's results will help adjust pregnant women's risks for having a child with the condition.

Screening for Down's syndrome is offered to all pregnant women, who start out with a background risk based on their age. Certain features detected during a second trimester ultrasound exam are potential markers for Down's syndrome, and they include dilated brain ventricles, absent or small nose bone, increased thickness of the back of the neck, an abnormal artery to the upper extremities, bright spots in the heart, 'bright' bowels, mild kidney swelling, and shortening of an arm bone or thigh bone.


To determine how these markers affect risk, Kypros Nicolaides, MD, of the Harris Birthright Research Centre for Fetal Medicine at King's College London in England, and his colleagues analyzed all published studies that reported results on second trimester markers for Down's syndrome between 1995 and 2012.

The researchers identified 48 studies, and they discovered that most single markers have only a small effect on modifying the odds for Down's syndrome. This finding could have important clinical implications because currently in the United States, when a marker such as a short arm or thigh bone is detected, women are told that they are at high risk of having a child with Down's syndrome. Dr. Nicolaides and his team found that a few markers do carry increased risks, though. Dilated brain ventricles, increased thickness of the back of the neck, and an abnormal artery to the upper extremities increase the risk by three- to four-fold, and an absent or small nose bone increases the risk by six- to seven-fold.

"The detection of any one of the findings during the scan should prompt the sonographer to look for all other markers or abnormalities," said Prof. Nicolaides. He added that the study also revealed that if a detailed second trimester ultrasound exam demonstrates the absence of all major markers, the risk of having a baby affected by Down's syndrome is reduced by more than seven-fold.

The findings indicate that the relative importance of ultrasound markers is very different from what has been previously assumed. Prof. Nicolaides noted that the results from this study will be incorporated in obstetric ultrasound scan software that adjusts women's risks for having a child with Down's syndrome.

Genetics Center to Study How Diverse Populations in India Synthesize Fats
A team of international scientists will be setting up a genetics center in India to study how the diverse populations of the country synthesize fats.
READ MORE

Peoples' Choice of Friends Are Influenced By Genetics And Environment
People are more likely to befriend genetically similar people when their environment is stratified, when disparate groups are discouraged from interacting, the study found.
READ MORE 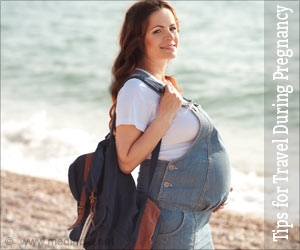