Side Effects of Chemotherapy Could be Reduced by New Discovery 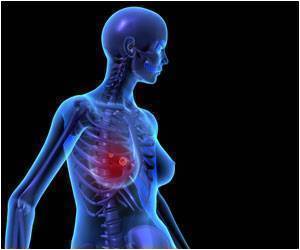 The structure of a key molecule that can carry chemotherapy and anti-viral drugs into cells has been determined by a team of researchers at Duke University. This finding could help to create more effective drugs with fewer effects to healthy tissue.

"Knowing the structure and properties of the transporter molecule may be the key to changing the way that some chemotherapies, for example, could work in the body to prevent tumor growth," said senior author Seok-Yong Lee, Ph.D., assistant professor of biochemistry at Duke.

The article was published in Nature online on March 11.


The transporter molecule, called a concentrative nucleoside transporter, works by moving nucleosides, the building blocks of DNA and RNA, from the outside to the inside of cells. It also transports nucleoside-like chemo drugs through cell membranes. Once inside the cells, the nucleoside-like drugs are modified into nucleotides that are incorporated into DNA in ways that prevent tumor cells from dividing and functioning.

The team determined the chemical and physical principles a transporter molecule uses to recognize the nucleosides, "so if you can improve the interactions between the transporter and the drug, you won't need as much of the drug to get it into the tumor cells efficiently," Lee said. "Knowing the shape of the transporters will let scientists design drugs that are recognized well by this transporter."

Because the drugs enter healthy cells as well as tumor cells, giving a lower dose of drug that targets tumor tissue would be the best scenario, said Lee, who is also a member of the Duke Ion Channel Research Unit. "Healthy cells don't divide as often as tumor cells, so lowering the amount of drug given overall would be an effective approach to killing tumors while protecting patients."

The next step will be to try to understand which features of the transporter confer the ability to recognize certain chemo drugs and ultimately to design drugs that can easily enter the cells.

Vent Forte (Theophylline) Diaphragmatic Hernia Blood Pressure Calculator Hearing Loss Calculator A-Z Drug Brands in India Calculate Ideal Weight for Infants The Essence of Yoga Post-Nasal Drip Noscaphene (Noscapine) Blood Donation - Recipients
This site uses cookies to deliver our services.By using our site, you acknowledge that you have read and understand our Cookie Policy, Privacy Policy, and our Terms of Use  Ok, Got it. Close
×