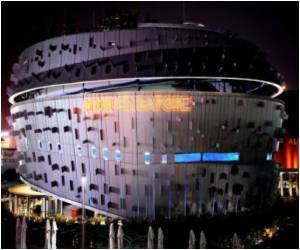 Around 200 men set out from Shuangxi's rural idyll to build China's infrastructure and skyscrapers. Now lung disease from dust has killed a quarter of them and 100 more are waiting to die.

Back home amid rice paddies and forested hills, Xu Zuoqing walks outside and his face contorts in pain from the effort. As he struggles to breathe, his wife rushes over a stool so he can recuperate.

"It's like my lungs are being choked. My chest feels so tight," says the 44-year-old who worked on construction sites for about 15 years, his voice strained at times.

China's more than three decades of roaring growth, which propelled it to become the world's second-largest economy, have been built on a huge supply of cheap migrant labour from the countryside -- currently 230 million of them.
Advertisement
But safety standards are poorly enforced and according to experts, millions of those workers are now ill with pneumoconiosis, the incurable lung disease that has crippled Xu.

It comes in various forms, from the asbestosis suffered by builders to black lung disease, which affects miners.

Official statistics say China has had 676,541 cases of pneumoconiosis, or 90 percent of all work-related illnesses, but campaigners say the actual total could be as high as six million. A fifth of the recorded victims have already died.

Pneumoconiosis often lies undetected for years, so that workers at mines, quarries, factories and construction sites prolong their exposure to dust building up in their lungs, until they find it agonising to work, walk or even breathe.

Poor rural families lose their breadwinner and are left instead with hefty bills for medical care that can only dull the pain at best -- the government only covers basic healthcare and companies rarely pay compensation.

"You can delay the progress of the disease through certain drugs and treatments, but... it is basically a death sentence," said Geoff Crothall, spokesman for the Hong Kong-based advocacy group China Labour Bulletin.

"You're talking about three to four generations affected by the loss of the major breadwinner of the family. And often it's not just one member of a family. We have many cases of fathers, brothers, uncles, cousins all being affected."

In Shuangxi, a village of several hundred people in the central province of Hunan, cases of illness are steadily becoming fatalities.

There is the mother who lost four of her five sons. The two brothers who died. The one so wracked by pain that he killed himself with an overdose of medicine last month.

Xu's brother passed away in February, leaving his five- and 12-year-old children to be raised by their grandmother.

The preferred destination for the men of Shuangxi was the boom town of Shenzhen bordering Hong Kong, where they found work drilling and blasting holes on construction sites, enveloping themselves in swirls of dust with only flimsy face masks for protection.

It was not until the late 2000s that the hazards began to emerge -- as one by one they grew too weak to work, and the first of the sick died.

But they are among the better-off victims.

In 2009 they took the bold step of returning to Shenzhen to demand compensation, holding sit-ins that gained public sympathy.

Nationwide, only an estimated 10 to 20 percent of pneumoconiosis victims can secure payouts.

For most, by the time their illness becomes apparent they have lost any paperwork proving their employment, or the companies have closed, or changed hands, or simply deny liability.

Even for those who succeed, compensation quickly dwindles with daily cocktails of medicines, oxygen machines, injections and emergency hospital stays several times a year all to pay for.

Cao Jieshi has borrowed 40,000 yuan from family and friends to pay his bills.

A reed-thin 46-year-old, he tilts his face skyward as if desperate to swallow air, one of many basic tasks that have become unbearable.

"Even just bathing, (my wife) has to do it for me," he says. "I won't last more than three or four more years."

Xu Zhihui, 53, is also in the final stages of the disease, and cannot help thinking about the life that might have been.

He has lost 15 kilograms (33 pounds) since his working days, and is wracked by a hacking cough, a oversized jacket cloaking his skeletal frame.

"My wife says to me: 'Such a good-looking guy. Look at what's become of you'."

Source: AFP
Advertisement
<< A 'Lost Generation' In The Making Is Taking Place In Spain
Preventive Dentist Visits May Not Help Save on Kids' Teeth ... >>