Shrimp and Petroleum Festival Goes Ahead After Oil Well is Capped 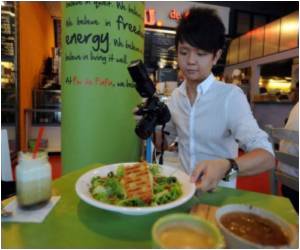 Thousands of people flocked this weekend to Louisiana's annual Shrimp and Petroleum Festival in a bid to forget the Gulf oil spill and celebrate a local tradition.

The festival's unusual title reflects two of the region's main industries, both affected by the disastrous spill from BP's busted Macondo well.

But with US officials saying the capped and sealed well no longer poses a threat, an estimated 150,000 people turned out to celebrate the region's seafood and watch the blessing of the local fleet of boats.


Local shrimp has remained available in Morgan City despite the oil spill, which forced less fortunate Gulf coast communities to look elsewhere for their crustaceans as shrimping grounds were closed for fear of contamination.
Advertisement
A less-than-obvious pairing for outsiders, the shrimping and oil industries are key employers here and celebrating both industries makes sense for locals.

"It's a tradition," said theater worker Randi Falcon, who returned to her childhood home in Morgan City for the festival this year from Mississippi.

"It's something that brings us closer together, and if anything the oil has brought us even closer."

BP contributed 5,000 dollars to the festival this year, a fraction of the cost of the event, said festival president, Nathalie Weber, 1968's Shrimp and Petroleum Queen.

BP did not contribute last year, she said, but this year, the company's logo was discreetly posted on a chain fence next to the children's storytelling area.

"I'm happy they're sponsoring us," said Weber. "I'm not mad with them. It was an accident."

Laurie Shannon is the fourth generation in her family to run Shannon's Hardware store on Front Street here. It has supplied both the oil and shrimp industries alike since 1876.

"Well, you hate to admit it, but business is up," she said. "Because we supply a lot of the clean-up boats. The question now is when is the (deepsea oil drilling) moratorium going to end, because we'd like to see our regular business return."

Others were less optimistic. Welder Jimmy Harris lost his job at a local shipbuilding company in the recession and said the oil disaster is unlikely to improve his prospects of finding work.

"I've got three kids and my unemployment benefits just ran out," he said. "But at least the festival is a nice distraction."

Harris and his friend, roofer Drew Singleton, planned to enjoy the music, some fried shrimp on a stick and boudin balls, and perhaps a couple of Hurricane Daiquiris made by the local Kiwanis club.

But the celebrations were only temporary for Harris. After Monday's Labor Day holiday, he returns to his search for work.