Should Patients Choose Their Hospital During a Pandemic? 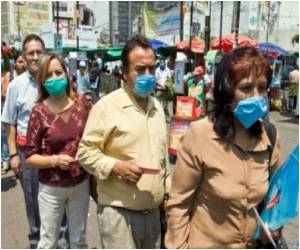 During a pandemic, allowing patients to choose which hospital they attend when suffering illness rather than assigning them to a specific healthcare facility is appealing to patients during such a crisis.

However, such a patient-centric hospital capacity management is conventionally viewed as inefficient system-wide. According to research published in the International Journal of Mathematics in Operational Research, an incentive-based approach for hospital capacity management can not only accomplish a high efficiency for a concerned hospital system but satisfy patients' preference on their choice of hospital.

The circulating avian influenza viruses contain all genetic ingredients that are needed to underpin the emergence of a virus similar to the 1918 influenza virus, a team of researchers have found
Advertisement

Lihui Bai of the University of Louisville, Kentucky and Jiang Zhang of Adelphi University, New York, point out there have been three major influenza pandemics during the last hundred years, those that occurred in 1918, 1957 and 1968. They note that from the US perspective, the Department of Homeland Security is concerned that there will be an outbreak of common influenza, or perhaps a strain of avian influenza, so-called bird flu, in the near future. The Centers for Disease Control and Prevention (CDC) estimates that the number of hospitalizations during such a pandemic might be anywhere between 839 000 and 9 625 000, with outpatient numbering 18 to 42 million, depending on the infection rate.


The hospital system will inevitably be overwhelmed by such a surge in patient numbers. As such, the researchers have investigated an alternative approach to handling patients that sidesteps the conventional approach in which patients are simply assigned the hospital they must visit when they fall sick. Their approach, instead, exploits an incentive-based approach to help direct patients to alternative hospitals so that capacity shortages across all hospitals are balanced. "The hospital resources for the community as a whole are utilized most efficiently in this way," the team reports.

Eight genes that could recreate a pathogene similar to that which caused the 1918 deadly Spanish flu pandemic, was found in bird flu viruses circulating in nature, revealed a study Wednesday.
Advertisement
Their proposal is based on two assignment models. The first, a decentralized, equilibrium model, describes the patient choice of hospital. The second, centralized, non-linear programming model allows the health authority to maximize resource utilization of all the hospitals in a given region. The team has used numerical modeling to show that when responding to incentive programs at properly chosen hospitals, the patient choice of hospitals can match the one desired by the central health authority, that is, the one that utilizes resources most efficiently.

"One goal of this paper is to develop a model to describe patients' behavior in selecting a hospital with the minimum 'cost', which includes the travel time to and the service lead time at the hospital," the team says. Conversely, when patients choose hospitals on their own, it is likely to create an asymmetry of patient demand among hospitals in densely populated areas. The team's proposal therefore adds an incentive program, including financial discounts, additional fast-track service, on-site mobile pharmacy within a hospital and convenient transportation to a hospital to spread the demand more widely during a major outbreak of disease.

Hepatitis C Pandemic Could be Curbed Via Paper-Based Diagnostics

The U.S. Food and Drug Administration approved two new treatments late last year much to the relief of patients diagnosed with hepatitis C.
Advertisement
<< Twenty-Four Hours of Sleep Deprivation Leads to Symptoms of...
US-Based Scientists Do Not Publish Articles About Potential... >>

Should Patients Choose Their Hospital During a Pandemic? Personalised Printable Document (PDF)