Shortcut to Looking Great in a Swimsuit: The Bhs Cozzie 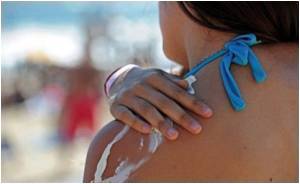 Want to lose weight, but hate sweating it out at the gym? Presenting - "Diet in a swimsuit", which helps women drop as much as a dress size. All you have to do is wear it!

A blessing in disguise, the 30-pound Bhs cozzie is made of a specially developed material that tucks in tummies and boosts boobs.

Bhs scientists spent a year developing the swimsuits, which have a clever super-stretchy inner mesh of elastane and nylon to squeeze and flatten bulges into shape, reports The News of the World.


An outer layer, also of elastane, smoothes the silhouette and a padded support hoists boobs to give a sexy cleavage.

A Bhs spokesman added: "We realized ladies were fretting about showing their bodies. The collection was launched to create an immediate fix to their predicament."