Shortage of Organs for Transplant in Canada may be Reduced

The Canadian Institute for Health Information on Thursday released a study which says that Canada could reduce its constant shortage of organs for transplant by harvesting more organs from older donors. About two thirds of potential donors, 1,050 a year, according to the estimates, do not become actual donors. In Manitoba, Canada, it is found that only about 10 percent of eligible organs are harvested and transplanted from deceased donors into patients in need, which ranks the state as one of the worst.

According to the Canadian Institute for Health Information, this scenario can be improved in many ways. The first step would be to harvest more organs from seniors. Fewer than 10 percent of organ donors in Manitoba are over the age of 60. On the other hand, Spain the world leader in organ donation has almost half the donors who are 60+.


Another way, the Institute says would be to allow transplants from patients whose hearts have stopped beating and there is no apparent chance of recovery instead of transplants only from brain dead patients, which is actually practiced in five other Canadian provinces and also in the United Kingdom, where more than 40 percent of deceased donors fall into the former category.


It is also found that there are other areas where Manitoba fares quite well when it comes to organ donations. The study shows Manitoba has the largest number of non-Caucasian population who are donors in Canada. Dr. Faisal Siddiqui, an organ donation physician with Transplant Manitoba's Gift of Life program, says that is something to be very proud of. He adds, "We've worked hard to make sure we reach out to all Manitobans and it doesn't matter race, creed or colour, it's important to us that if people want to give that gift of life and donate their organs at a time when they can't use them, we want to ensure we honour their wishes." Another matter to be appreciated, according to Dr. Siddiqui is that Manitoba has a high number of organs transplanted per donor. "We're at 4.3 organs per donor, compared to a province like Quebec at only 3.2," he says.

Kathleen Morris, who is with the Canadian Institute for Health Information, says that it is very important that people sign up to be a donor and express their willingness to donate to their family. "Quite often families aren't sure what the wishes of someone who has just passed away. So having that conversation is a critical piece in terms of making your wishes clear and giving your family something to go by if they're asked to make that difficult decision," she said. Ms. Morris says more the donors more the benefit for those on the transplant list and also for taxpayers. "Some research has shown that the cost of a kidney transplant over five years is about a quarter of a million dollars less than keeping that same patient on dialysis," she added.

According to reports, in the year 2012, 230 Canadians had died due to unavailability of organs to be transferred.

Organ Donation After Circulatory Death
Donation after circulatory death involves the retrieval of organs for the purposes of transplantation from individuals on ventilator support who are not brain dead.
READ MORE 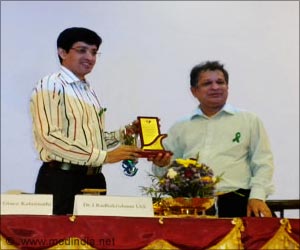