Shoppers to Beware of Killer 'Fake And Cheap' Gadgets 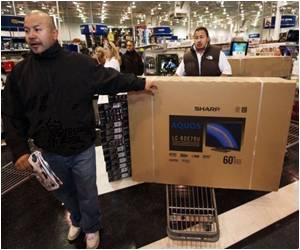 Be wary of bogus items flooding in from the Far East that are cheap, counterfeit consoles and other electrical goods because they can kill a person, warns a consumer group investigating fake items in the market.

Consumer group Which? found that dodgy wiring on bogus Nintendo Wiis could electrocute a child, while fake iPhones, laptops and Nintendo DSi handhelds were at risk of overheating.

Thousands of toxic toys have been seized from a Melbourne warehouse by the Victorian government in Australia. They could be of Chinese origin, it is suspected.
Advertisement

Worryingly, sellers are even using reputable websites like Amazon and eBay to offload duff must-have gadgets and designer items.


"Don't be tempted to buy fake goods this Christmas. Some of the products we tested weren't just poor quality, they were dangerous," the Mirror quoted Which? executive director Richard Lloyd as saying.

Hazardous playthings such as toxic toys still on sale in US stores as Americans gird for the approaching Christmas and scuttle to store presents for keen children, US consumer group shared on Tuesday.
Advertisement
"Toys, jewellery, alcohol and cigarettes might look the part, too, but could be toxic," Trading Standards Institute chief exec Ron Gainsford added.

Amazon and eBay have said that they were working closely with big brands and trading standards to stamp out fakes on their sites, and would ban anyone found selling them.

The Chinese producer of toxic bead toys that led to massive recalls in the US has apologized.
Advertisement
Advertisement
This site uses cookies to deliver our services.By using our site, you acknowledge that you have read and understand our Cookie Policy, Privacy Policy, and our Terms of Use  Ok, Got it. Close
×