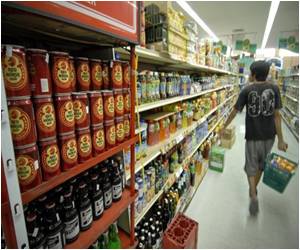 Researchers from Cornell University have found that shoppers are greatly biased by the 'organic' label in food products believing that they are healthier, lower in calories and taste better.

Changing the label of foods to 'organic' can have the health halo effect on shoppers where their perception about the value of the food changes based on the label.

The study involved 115 shoppers from New York who were asked to taste three pairs of food, yogurt, cookies and potato crisps. One from each pair was labeled 'organic' and the other was labeled 'regular'. However, both were identical products.


Participants thought the 'organic' cookies and yogurt contained fewer calories than the regular variety, while 'organic' cookies and crisps were believed to be more nutritious.
Advertisement
The label also deceived the shoppers to think that organic yogurt and crisps tasted better. However, regular cookies were found to taste better and this is attributed to the fact that often people associate nutritious food with low taste.

When surveyed the shoppers were willing to pay an extra 23.4% for products labeled as 'organic'.

However, the health halo effect did not have much influence on people who regularly brought organic food.

Source: Medindia
Advertisement
<< How Neurons Translate Sensory Input into Actions
Exposure to Low Levels of Hydrogen Sulphide Does Not Aggrav... >>

Stanford Study Finds No Strong Proof of Health Benefits from Organic Foods
Next time you decide to shell out that extra money on organic varieties of food remember this ......

What Has Preference for Organic Food Got to Do With Acts of Kindness?
The preference to shop for organic food may be a hint to the others of the type of person you are, ....