Shoeless Legend at The Olympics 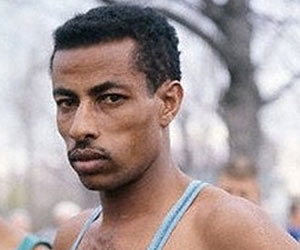 Abebe Bikila, the Ethiopian runner earned a gold medal at the 1960 Summer Olympics in Rome. Though he merited the gold medal for his speed and agility what made him a legend was his barefoot running.

When the shoes Bikila was given for the race didn't fit comfortably, he ditched them for his bare feet. After all, that's the way he had trained for the Olympics in his homeland.

Sports Improve the Health of Nations

Racing shoeless led to success for Bikila, and now, more than 50 years later, runners are continuing to take barefoot strides. Several Olympic runners have followed Bikila and nationally the trend has exploded over the past decade. There's even a national association dedicated to barefoot running. However, scientists are stuck on whether it either prevents or increases injuries.


"Bikila may have been on to something," said Carey Rothschild, an instructor of physical therapy at the University of Central Florida in Orlando who specializes in orthopedic sports injuries. "The research is really not conclusive on whether one approach is better than the other. But what is clear is that it's really a matter of developing a good running form and sticking to it, not suddenly changing it."

COVID Toes
View all
News Archive
News Resource
Advertisement
News Category
JUUL E-Cigarettes Banned from US Market Busy Americans Get The Least Sleep At 40 Years Deepika Padukone Rushed To Hospital After Sudden Chest Pain Vegans, Vegetarians and Fish Eaters Have Better Memory Than Meat Eaters How to Reduce the Risk of Acute Kidney Injury By Drinking Coffee?
More News
Sign up for Wellness Consult a Doctor Sign up for Selfcare