Sharon Osbourne: I Will Die of Alzheimer's Like My Dad 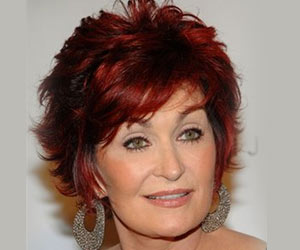 Sharon Osbourne has revealed that she is terrified that she will die from Alzheimer's disease like her father.

The genome test, that she and her husband have recently undergone, found that she has two of the four genes responsible for developing the debilitating disease.


"Ozzy and I had these tests done at a university here, and the results took almost three months to come back. They test every single cell, chromosome and gene in your body; it's like a DNA test but a million times more sophisticated," she said.


The 62-year-old star also said: "The results show I have two of the four genes that give it to you. They're not the two major genes, but they're still there and I have them."

She told a British national daily: "I was terrified because my dad died from Alzheimer's. It is the most soul-destroying disease. To see someone you love come down with it... it's wicked, it really is."

She adds, "There is nothing I can do to prevent it, absolutely nothing. Some people say take cod liver oil and do puzzles and thing, but then I look at people diagnosed with dementia."

Sharon recently made headlines after her front tooth fell out during a live taping of her show, The Talk.