Shakira Having Sleepless Nights During Pregnancy 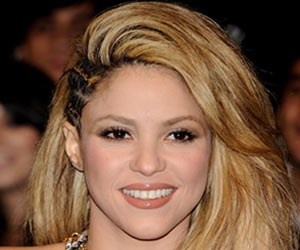 Shakira has revealed that she had sleepless nights while expecting her first child because she drove herself crazy researching everything that could go wrong during pregnancy.

The pop diva got pregnant with her footie star boyfriend Gerard Pique's baby last year, and while the singer insists she was lucky to have a fairly smooth journey to motherhood, she reveals her health fears kept her awake at night after spending hours upon hours looking up medical problems online, Contactmusic reported.

She admitted that her pregnancy was easy because she didn't have nausea or cravings or any of that stuff.


However, she couldn't sleep at all during her entire pregnancy because she spent every night researching on the Internet trying to find out everything that could possibly go wrong.

Source: ANI
Advertisement
<< Affordable Vaccine for Rotavirus Diarrhoea Developed
Noncoding DNA may Not be Needed for Building of Complex Lif... >>

NICE Issues Guidance on Smoking During Pregnancy
NICE has come out with a new guideline recommending that pregnant mothers in Britain should be ......

Flu During Pregnancy Increases Risk of Having a Bipolar Offspring
A new study suggests that the risk of a child suffering from bipolar disorder increases if the ......

Study Sheds Light on Why Pregnancy Provides Protection Against Breast Cancer
Lowering of Wnt/Notch signaling ratio in the breast tissue among those which have given birth could ...