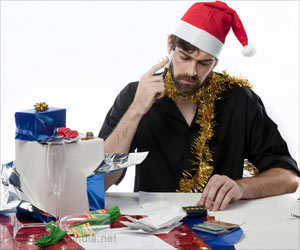 Homosexual and bisexual people are no more likely to be at risk of poor mental health compared to their straight counterparts, reveal the results of an Australian study.

Researchers at the Australian National University (ANU) studied around 5,000 adults over eight years to determine their long-term risk of developing mental health issues, but Richard Burns from the ANU's Centre for Research on Ageing, Health and Wellbeing said other factors were more likely to result in mental health problems ahead of sexual orientation, Xinhua news agency reported.

The researchers challenged a 2008 study that concluded people could accurately guess someone's sexual orientation based on photographs of their faces.
‘Sexual trauma, risky health behaviours, smoking, a lack of positive support and negative social interactions pose more of a risk for people's mental health than their sexual orientation.’

"Childhood sexual trauma, risky health behaviours, smoking, a lack of positive support and negative social interactions pose more of a risk for people's mental health than their sexual orientation," Burns said in a statement on Friday.


However, he admitted that those of a homosexual and bisexual orientation were more likely to experience these mental health risk factors compared to heterosexual people.

The perception of how 'in love' a romantic couple appears to be differs based on their sexual orientation.

"We concluded that all things being equal that there is no particular mental health risk for people with a homosexual or bisexual orientation."

The study comes at a time when the federal government is currently preparing to hold a non-binding national referendum on whether same-sex marriage should be legalised in Australia.

Being Friends With People of Different Race, Religion or Sexual Orientation can Help Avoid Prejudice

Being in a romantic relationship with a partner who is friends with people from different racial and ethnic groups may help avoid prejudice.
<< Chronic Non-Communicable Diseases on the Rise
Hormone Replacement Therapy Effective for Early Menopause Sy... >>

Sanatogen Accident and Trauma Care Sinopril (2mg) (Lacidipine) Blood Donation - Recipients Post-Nasal Drip Selfie Addiction Calculator Loram (2 mg) (Lorazepam) Find a Hospital Pregnancy Confirmation Calculator A-Z Drug Brands in India
This site uses cookies to deliver our services. By using our site, you acknowledge that you have read and understand our Cookie Policy, Privacy Policy, and our Terms of Use