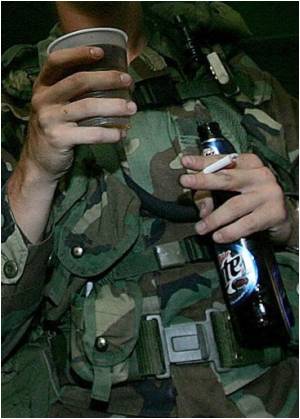 In the US military, the number of sexual assault cases has reportedly gone up by more than 50 percent in this year that pressurizes the defence force to take aggressive action.

The increase in reporting of such cases comes after a tumultuous year of high-profile scandals that shined a spotlight on the crimes in the defence department and triggered debate in the Congress over how to change the military justice system.


According to ABC News, the latest data has revealed that there were more than 5,000 reports of sexual assaults filed during the fiscal year that ended Sept. 30, compared to the 3,374 in 2012.


It was found that out of this year's reported cases, 10 percent involved incidents that occurred before the victim got into the military, up from just 4 percent only a year ago, which officials have pointed that confidence in the system is growing as victims are more willing to come forward.

The data showed that the increase in reports across the services ranges from a low of about 45 percent for the Air Force to a high of 86 percent for the Marines, while the Navy had an increase of 46 percent and the Army had a 50 percent jump.

The Pentagon and the services instituted new training programs that targeted rank-and-file service members as well as top commanders and officers, aimed at encouraging service members to be more vigilant, and to look out for each other and intercede if they saw a bad situation developing.

Rise in US Military Suicides Linked to Mental Health Problems, Not Combat
Researchers attributed the rise in US military suicides in recent years to pre-existing mental ......

Obama Wants US Military to Pay More Health Insurance Premiums, Leaves Civil Defense Untouched
In the proposed defense budget for 2012, the Obama administration has called for a sharp hike in ......