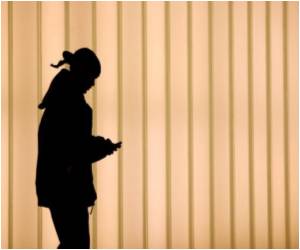 To understand if sexting during adolescence is just a technologically enabled extension of flirtation or a risk behaviour, a team of researchers have conducted a study. The latest research, published in the July 2014 issue of the journal Pediatrics, found that among middle school students, those who reported receiving a sext were 6 times more likely to also report being sexually active.

While past research has examined sexting and sexual behavior among high school-age students and young adults, the researchers were particularly interested in young teens, as past data has shown clear links between early sexual debut and risky sexual behavior, including teenage pregnancy, sex under the influence of drugs or alcohol, experience of forced sex and higher risk of sexually transmitted disease.


"These findings call attention to the need to train health educators, pediatricians and parents on how best to communicate with young adolescents about sexting in relation to sexual behavior," said lead author Eric Rice, assistant professor at the USC School of Social Work. "The sexting conversation should occur as soon as the child acquires a cell phone."


The study anonymously sampled more than 1,300 middle school students in Los Angeles as part of the Center for Disease Control and Prevention's Youth Risk Behavior Survey. Respondents ranged in age from 10-15, with an average age of 12.3 years. The researchers found that even when controlling for sexting behaviors, young teens who sent more than 100 texts a day were more likely to report being sexually active. Other key findings:

The researchers acknowledge that despite anonymity, the data is self-reported and thus subject to social desirability bias, as well as limitations for geographic area and the diverse demographics of Los Angeles. However, the dramatic correlation between students who sent sexts and reported sexual activity indicates the need for further research and summons attention to the relationship between technology use and sexual behavior among early adolescents, the researchers say.

"Our results show that excessive, unlimited or unmonitored texting seems to enable sexting," Rice said. "Parents may wish to openly monitor their young teen's cell phone, check in with them about who they are communicating with, and perhaps restrict their number of texts allowed per month."

Overall, 20 percent of students with text-capable cell phones said they had ever received a sext, and 5 percent report sending a sext. The researchers defined "sext" in their survey as a sexually suggestive text or photo.

Not So Dangerous to Talk on a Cellphone While Driving
It has been a widely believed that talking on a cellphone while driving can be dangerous and lead .....

New App can Measure Cellphone Behavior of Smartphone Users
Now smartphone users can measure their behavior on the cellphones thanks to a new app developed by ....