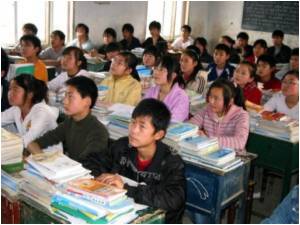 A new sex education campaign in Philippine schools has sparked widespread debate in Asia's bedrock of Catholicism, where the high birth rate is blamed for desperate poverty.

The United Nations-backed programme, which is being piloted this month in primary and high schools, aims to promote safe sex, limit the spread of HIV-AIDS and prevent unwanted pregnancies.

However, the Catholic Church and powerful conservative crusaders have struck back with a high-profile campaign to shut down the project, saying it breaks the nation's religion-based moral codes.


"Sex education in schools is not the answer to our population problem and poverty," Eric Manalang, head of the conservative political party Ang Kapatiran (The Brotherhood), told AFP on Monday.

Medindia's World population clock gives you an approximate population of the world. It is dynamically updated based on birth and death rate.

"It promotes promiscuity among children... it does not promote the proper values that we want our children to receive in schools and we believe sex education should strictly remain a family affair."

Manalang said his party and church had filed a petition in court on Monday requesting an injunction to stop the programme.

He said the chances of the legal bid succeeding were high with the Catholic Bishops Conference of the Philippines, as well as various parent groups, supporting the fight.

Their legal bid claims the programme impinges on parents' constitutional right to educate their children based on their religious beliefs.

"Issues that are not for children should not be taught in schools," the bishops' conference said in a statement.

While Ang Kapatiran is only a small political party, conservative religious forces led by the Church hold a lot of sway in the Philippines, where more than 80 percent of the nation's 90-million people are Catholic.

The bishops last year succeeded in blocking a proposed law in parliament that would have made it easier for the public to access state-funded contraceptives.

Nevertheless, the education department has so far held firm.

It says the programme is aimed at curbing a population growth rate of over two percent, among the highest in Asia, and does not promote out-of-marriage sex.

The scheme covers topics such as reproductive systems and cycles, hygiene, pre-marital sex, teenage pregnancy and sexually transmitted diseases, according to the education department.

Education Secretary Mona Valisno said the teaching modules were designed by professionals, including psychologists, who made sure the discussions would be educational.

"Sex education will be integrated in other subjects such as science and they are designed to be scientific and informative," she said.

"They are not designed to titillate prurient interests."

The United Nations has become embroiled in the controversy because it partly funded the project, and issued a statement last week rejecting the Church's position.

Manalang hit out at the United Nations Population Fund, the body involved in the project, saying it was interfering with internal Philippine issues.

But the fund's Philippine director, Suneeta Mukherjee, said opponents of the programme had nothing to fear.

"We are not encouraging people, or children, to have sexual relationships, we are only helping students handle their sexuality as part of the process of growing up," Mukherjee told AFP.

"Children at this age are very sensitive and must be taught by people in authority."

She pointed out that HIV was on the rise among young Filipinos, and many of the nation's poor -- a third of the population lives on less than a dollar a day -- did not have access to sound education on sexual matters.

All the listed facts send out only one message - girls in their teens should say No to sex. Remember freedom of choice about sex also includes saying No to sex.