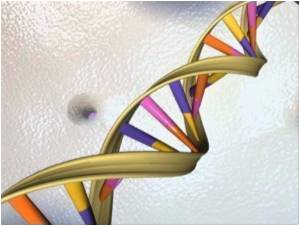 A gene variant may increase the severity of multiple sclerosis (MS) symptoms, a new study has revealed.

The research will be published in the August 3, 2010, issue of Neurology®, the medical journal of the American Academy of Neurology.


For the study, researchers screened the oligoadenylate synthetase (OAS1) gene in 401 people with MS, 394 people without MS and 178 people receiving the MS treatment beta interferon.

While the OAS1 gene was weakly associated with disease susceptibility, the study found that people who had the AA genotype had earlier relapses and increased disease activity compared to those without the genotype.

"While we don't understand why some patients vary so widely in their disease activity, this genetic association may give us clues to help direct future research," said study author Margaret O'Brien, PhD, with St. Vincent's University Hospital in Dublin, Ireland.