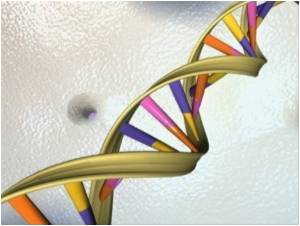 Genetic makeup has been identified by scientists as a key factor for sepsis - a systemic inflammatory reaction occurring during infection that can be a leading cause of death in critically ill patients.

Genes can occur in multiple copies in humans, and recently, scientists found large-scale copy number variations (CNVs) throughout the entire human genome. CNVs affect gene expression and patient response characteristics by altering the number of copies of a gene present in a cell or nucleus - thus affecting gene dosage and causing disease.

"CNVs constitute a major source of inter-individual genetic variation and might represent a major factor in the cause of complex traits such as response to infection and sepsis," said XiangMing Fang, M.D., of the Department of Anesthesiology, the First Affiliated Hospital, School of Medicine at Zhejian University in Hangzhou, China.


"It is believed that detection of both CNVs and conventional genetic marker single nucleotide polymorphisms (SNPs) will provide deep insight into the genetic and immune mechanism underlying sepsis."

Genetic testing helps to confirm a genetic condition in an individual and involves q complex laboratory techniques
Advertisement
Neutrophils, which are a group of white blood cells, increases in the blood of patients with sepsis and the genes encoding human neutrophil peptides 1-3, (DEFA1/DEFA3) exhibit CNVs. When the team attempted to relate these peptides and susceptibility to sepsis, they found that the genotype DEFA1/DEFA3 with >8 copies was more frequent in patients with severe sepsis.

"This study is the first to demonstrate that CNVs, within DEFA1/DEFA3 contribute significantly to susceptibility to severe sepsis," said Fang.

"This finding may help to identify patients at high risk for predisposition to severe sepsis so that preventative interventions and personalized therapy can be implemented."

The findings are published in the June Anesthesiology.

Septicemia or sepsis is a serious illness wherein a patient develops symptoms due to presence of microbes or ...
This site uses cookies to deliver our services.By using our site, you acknowledge that you have read and understand our Cookie Policy, Privacy Policy, and our Terms of Use  Ok, Got it. Close
×