Serene Branson Likely to Have Aphasia and Not Stroke 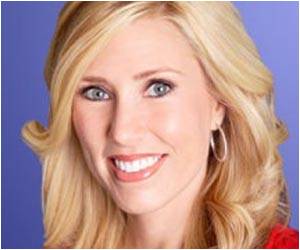 Yesterday distressing images of Serene Branson of KCBS-TV were seen on TV while she was set to report live on Grammy Awards. It was reported that while on camera she might have suffered a transient ischemic attack (TIA), often referred to as mini-stroke. Suddenly Serene lost the ability to speak. Ms. Serene Branson was examined by paramedics on the scene and after she was given an all clear report, she was taken home by a friend. However no official report has been made yet, it is believed that the CBS reporter did not suffer from stroke. But doctors who have seen the footage are concerned about her health as the chances of stroke are high after such an event.

Dr. Larry Goldstein of the Duke Stroke Centre, Durham N.C. said, "She appears to have aphasia; a problem with expressive language, and right-sided facial weakness. Although this can be caused by other conditions, it is very concerning for stroke."

Aphasia is a condition where the patient has a language disorder. The patient has problems with comprehension, expression, repetition, reading and writing.
Advertisement

Aphasia is a degenerative illness and generally affects people after post an episode of stroke or head injury. It progresses over time due to brain tumors, infections or dementia.

Stuttering, stammering or disfluency is a speech disorder that can hamper communication and affect a person's quality of life. Its impact can be treated effectively by stuttering therapy.
Advertisement
<< Nursery Teacher Banned for Spraying Children With Room Fres...
Defective Syringes Recalled >>

Aggressive Personality Types at Higher Risk of Hypertension and Stroke